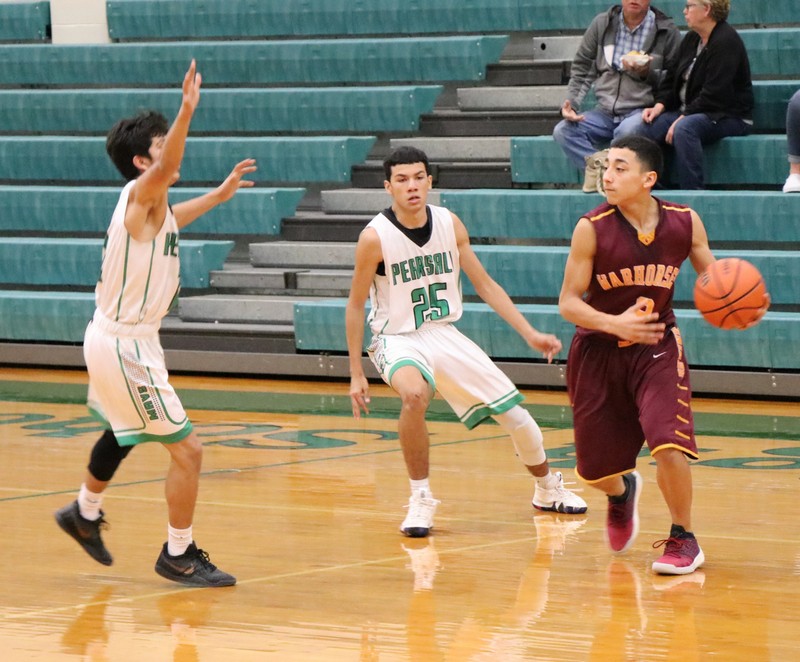 The JV Warhorses have worked hard in district to improve their overall recorded to 14-13 and 5-3 in district. They may have lost their final game against Carrizo Spring but this team had a year.
The first quarter had a slow start offensively for the Warhorses but they turned the game around in the second and outshot the Wildcats 19-10 to end the half 30-28. The second half was an aggressive battle and Devine remained on top at the end of the third at 40-35, but the Wildcats bit back in the fourth and were able to take the lead in the end. Carrizo Springs won 52-48.
“We had a great opportunity to win this game and get a share of the district title. Our defense improved immensely from the first time we played Carrizo Springs, we struggled to score in the 4th quarter and overtime. Coach Wells and I are very proud of this team. They all have the ability to become great players soon. I hope they put in the work and stay in basketball,” said Coach Evan Eads.
Weston Byrd sank a three pointer, Jose Dozal had 17 points, Matthew Madrid 12, Isaiah Rejino 6, John Schnautz 5, Trace Seguin 3, and Christian Gerlach 2. Xavier Contreras, Hunter Farias, and Sage Ornelaz were aggressive on defense.
By Dicy Chambers
Sports Writer