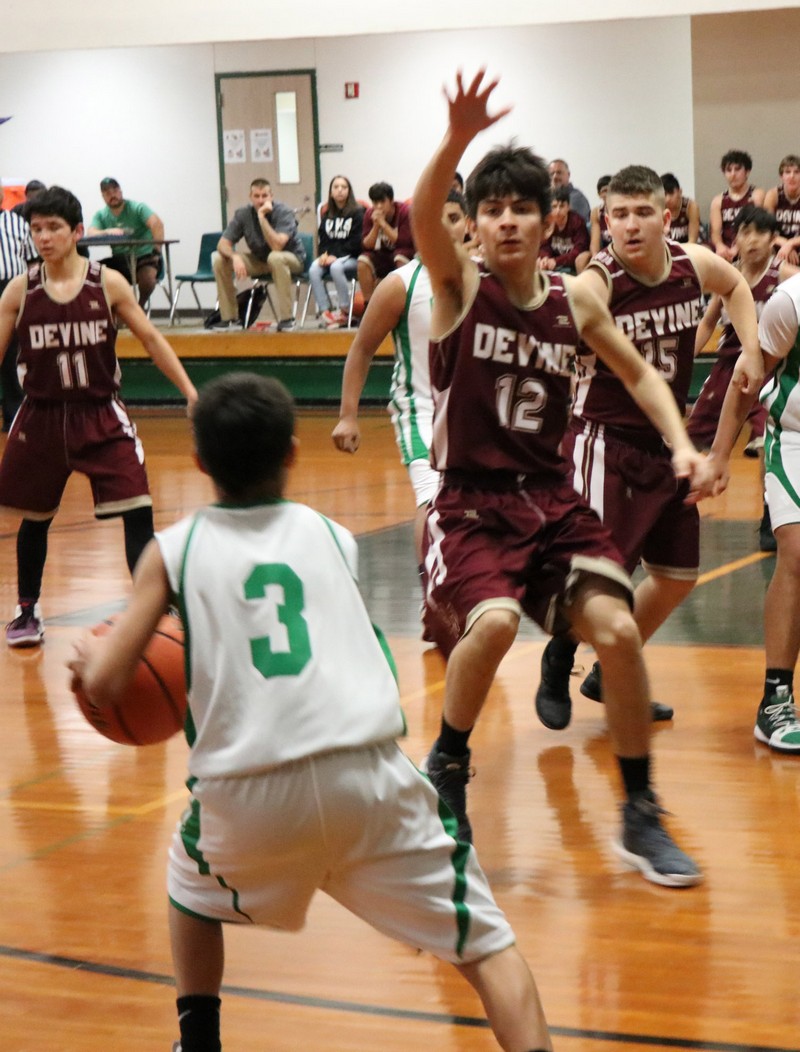 The Freshman Warhorses lost their final game of the season against Carrizo Springs 44-48 last Tuesday night. It has been a year of learning and growing for this young team of players. Led by Coach Quenton Sanders, these players have improved in every area of the game and came together as a real force that made every opponent they faced work harder than they expected to. They never gave up.
“I couldn’t be more proud of the team of young men that I had the opportunity to coach. The last game didn’t go as we wanted it to. We always competed with heart, and showed a determination that many teams don’t have. This group of kids won 2 games last year. This year they won a tournament championship, and finished the year with a successful winning record of 15-11 (4-4 in district). The worst day of the year is the last game of the year because I know it’s over, but the future is sunny bright for this group of freshmen. The community of Devine showed tremendous support, and we thank them for that,” said Coach Sanders.
Brian Schaefer led with 16 points, assisted by Peyton Carr 8, Chris Ortiz 6, Cody Trammel 5, Angel Espinosa 4, Zack Rico 3, an d Hayden DuBose 2. They were supported by Bryce Wrinkler, Sage Cruz, Charles Waddey, Jacito Solis, and Gabriel Hewtty. Scored by quarter: Q1 14-15, Q2 22-18, A3 30-35, Q4 44-48.
By Dicy Chambers
Sports Writer