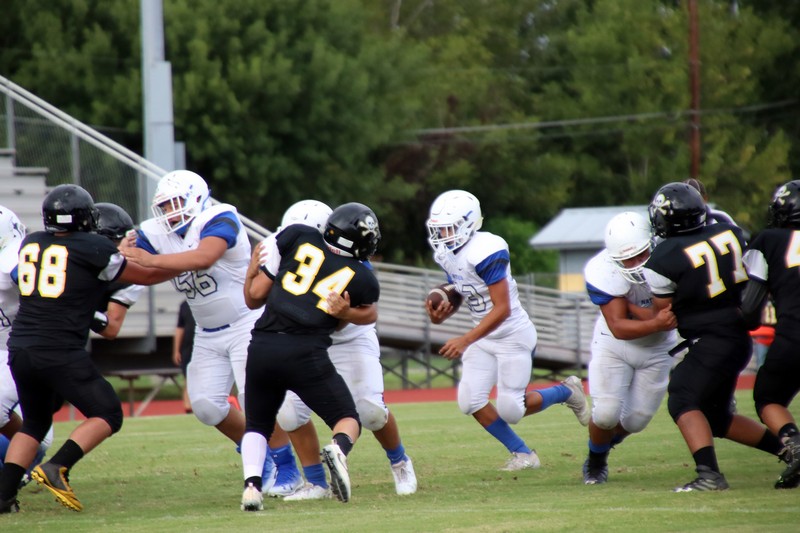 Click here for photos of the JV Mustangs vs the JV Pirates!

The Natalia JV Mustangs worked around mother-nature en route to their third straight victory last Friday afternoon at Walter Joyce Stadium. Uncharacteristic mistakes including turnovers, kept things much closer than they should have been. In the end, the Stangs were able to shut-out the black and gold en route to a 16-0 win.
“Offensively, it started off a little slow and when you combine that with the fact it was raining, we had to just keep grinding away,” Coach Jeff Terry said.
Adrian Vasquez and Enrique Martinez managed to find the endzone for Natalia to lead the Mustangs offensively.
“Defensively, we played aggressive and sound football resulting in yet another shut-out,” Terry said.
Upcoming Game
Natalia will be at home this coming Thursday for a 5:30 p.m. kickoff at Mustang Stadium as they battle Big Red.
By Eric Smith