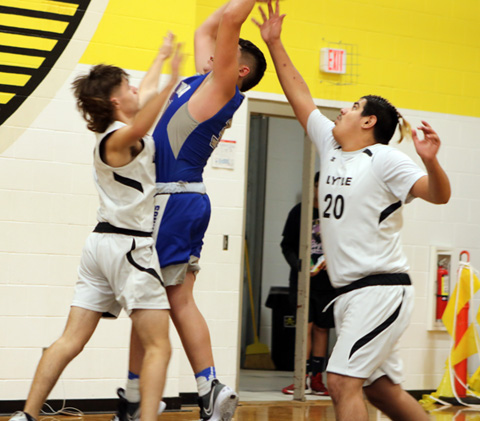 The JV Mustangs faced down Lytle and Cotulla last week and went 1-1. Falling to the Pirates on their turf Tuesday, the JV Mustangs host Cotulla on Friday. The JV looks to play Dilley this Friday, at West Campus on Tuesday, and then back at home on February 4th to play Karnes City.
Lytle is always a tough opponent to play and last Tuesday was no different. The JV Mustangs fell 31-64 with Adam Terrezas leading the way with 14 points and Zach Tanner with 8 points.
Friday at home, the JV Mustangs won a tight game against the Cowboys. “Josiah Martinez hit a go ahead 3-pointer with seconds left in the game, that secured the victory for the Mustangs with a score of 26-25, and Dominic San Miguel led the night with 9 points,” reported Coach Diego Patino.
By Dicy Chambers
Sports Writer