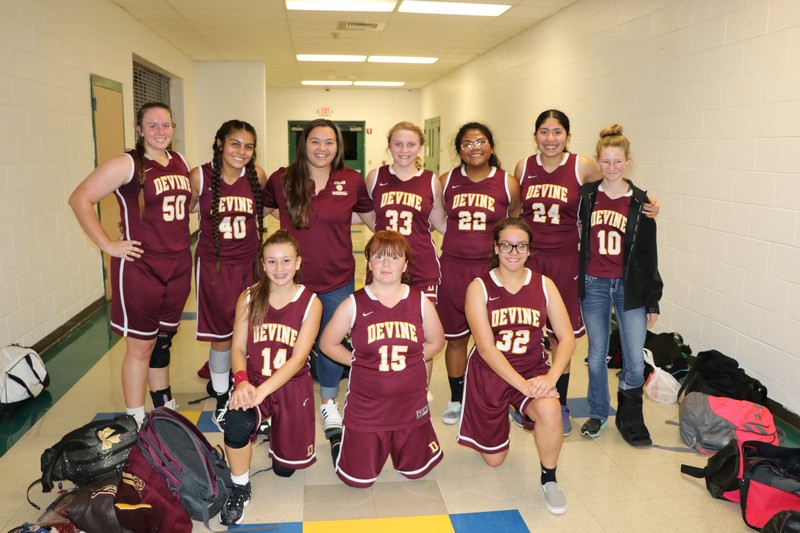 Pearsall Tourney
In the JV Pearsall Tournament, the Arabians faced three tough teams and brought home 3rd place. This was their first of many tournaments they have on the schedule this season. Led by Coach Hannah Thompson, the JV Arabians have a lot of time to come together as a team before they face their first district opponent.
Facing Uvalde on Thursday, November 16th, the Arabians made quick work of their opponent with a 44-27 win. Devine led at the half 27-16 and continued to outscore Uvalde 17-11 points in the second half.
Saturday held a double header for the Arabians, with Medina Valley first. The Panthers took an early strong lead and at the half Devine was down 13-35. The Arabians did not give up and continued to work but could not close the gap. The final score was 34-62.
In the game for third place, Natalia was ready to fight for it. Devine was able to get an early lead at the half 18-13 and continued to outscore Natalia 20-17 in the second half to end the game 38-30.
“The Devine JV Girls basketball are working very hard and improving every day in practice. In the Pearsall Tournament the girls improved on their rebounding throughout the tournament and hustled in every game. Even with the tough loss against Medina Valley the girls bounced back against Natalia and came out more aggressive and hungry for the win,” said Coach Thompson.
Medina Valley
On Monday night, the JV Arabians held a rematch game against the Medina Valley Panthers and the Arabians were ready to fight hard in order to not repeat their tournament loss to them. Trailing 11-19 at the half, the Arabians had a hard time breaking the Panther’s press but they came out in the second half determined to work harder. They held Medina Valley to only 16 points in the second half but could only score 9 points themselves. The final score was 20-35.
“Even with the tough loss we improved tremendously on handling pressure from the first time we played Medina Valley and will keep working to get better and better every day in practice,” said Coach Thompson.
By Dicy Chambers
Sports Writer