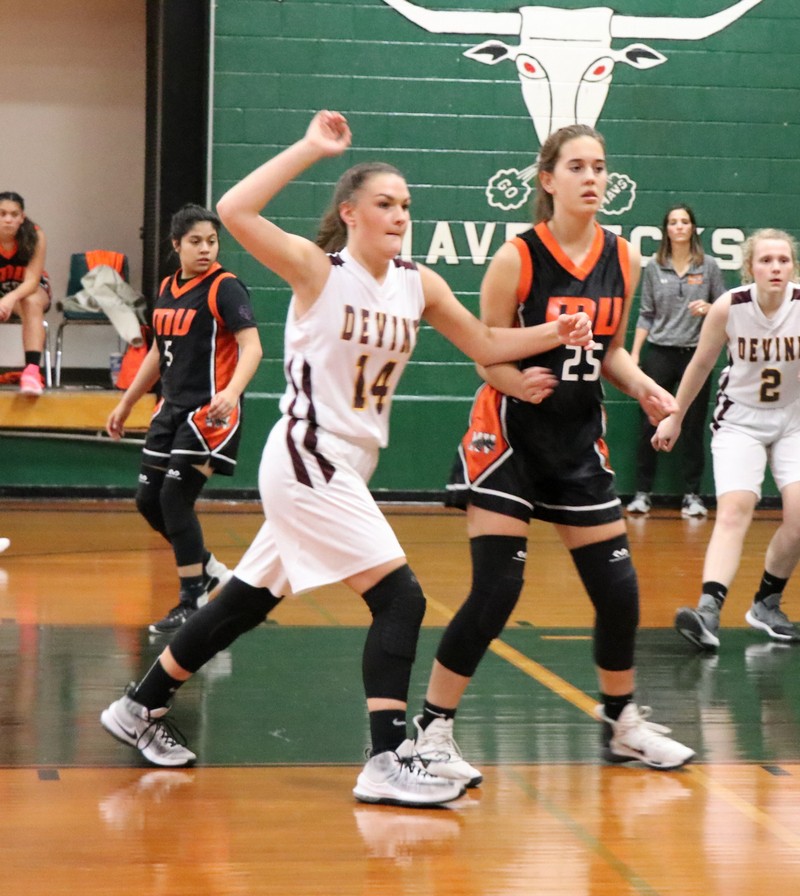 Navarro
The Freshman Arabians are off to a great season and won their first game against Navarro on November 10th. Led by Coach Mark Mangold, the Arabians have used what they practiced and worked the ball hard to come from behind to lead by nine at the end of the third and by five at the end of the fourth at 29-24.
“First game of the new season we had high hopes for the young Arabians. We showed a lot of determination for our first game, did a lot of great things and moved towards building a better team.” Coach Mangold
Kendall Marek led with 13 points, Yesika Garza 6, Lacey Shook 6, Cecelia Martinez 3, and Mayah Brogden 1.
Pearsall Tournament
In the Pearsall tournament last weekend, the Freshman Arabians had to work hard and keep the pace up when they faced fierce teams. This young team of athletes is proving they have what it takes to win against every opponent with the first place trophy they brought home from Pearsall.
Opening against Medina Valley, the girls “had to battle from start to finish and the team with the biggest heart was going to win,” said Coach Mark Mangold. The Panthers made the Arabians work for every point they earned and in the end, Devine came out on top 31-25.
Kendall Marek scored 10 points, Lacey Shook 10, Yesika Garza 4, Mayah Brogden 4, and Kaydi Yeats sank a 3 pointer.
The second game of the tournament was still an aggressive game but the Arabians were able to control it more and play at their pace. Carrizo Springs was behind 17-7 at the end of the half and were outshot 10-4 in the second half.
Shook led with 11 points, Marek 5, Garza 4, Mariana Hutton 4, Yeats 2, Brogden 1.
“This was a good team building experience for the young Arabians. We set up some new plays that paid off for us and will help us down the road. Defensively we are very motivated we put a lot of pressure on the ball and work hard under the basket. This was another great effort,” stated Coach Mangold.
In the championship match, the Arabians faced the Bandera Bulldogs. “Still on a high from our last victory, the Arabians picked up where they left off getting behind their defense and scoring out of transition. The new plays paid huge dividends as the little Arabians jumped out to a 15-8 halftime lead. The lady Bulldogs had no answer to the Arabian defense or the 3rd period 14 points, which is the highest point total for any period this year for the young Arabians,” said Coach Mangold.
Garza led with 14 points, Brogden 12, Shook 5, Marek 4, Yeats 2, and Hutton 2 points.
Congratulations to the Freshmen Arabian Basketball team, first tournament championship!
Medina Valley
Monday night, the Freshman Arabians hosted Medina Valley in a rematch game. “We figured the Panthers wanted some revenge,” said Coach Mark Mangold. That didn’t happen because the Arabians stepped up and played aggressively. They had to fill some holes in the roster due to injuries.
Mariana Hutton scored 6 points, Yesika Garza 5, Lacey Shook 4, Kayde Yeats 3, and Mayah Brogden 2. The Freshman Arabians are currently undefeated at 5-0.
“But, just like before our defensive mind set determined the outcome of the game. We put an incredible amount of pressure on the ball and forced turnover after turnover and Medina Valley’s chance of redemption turned into another Arabian victory,” said Coach Mangold.
By Dicy Chambers
Sports Writer