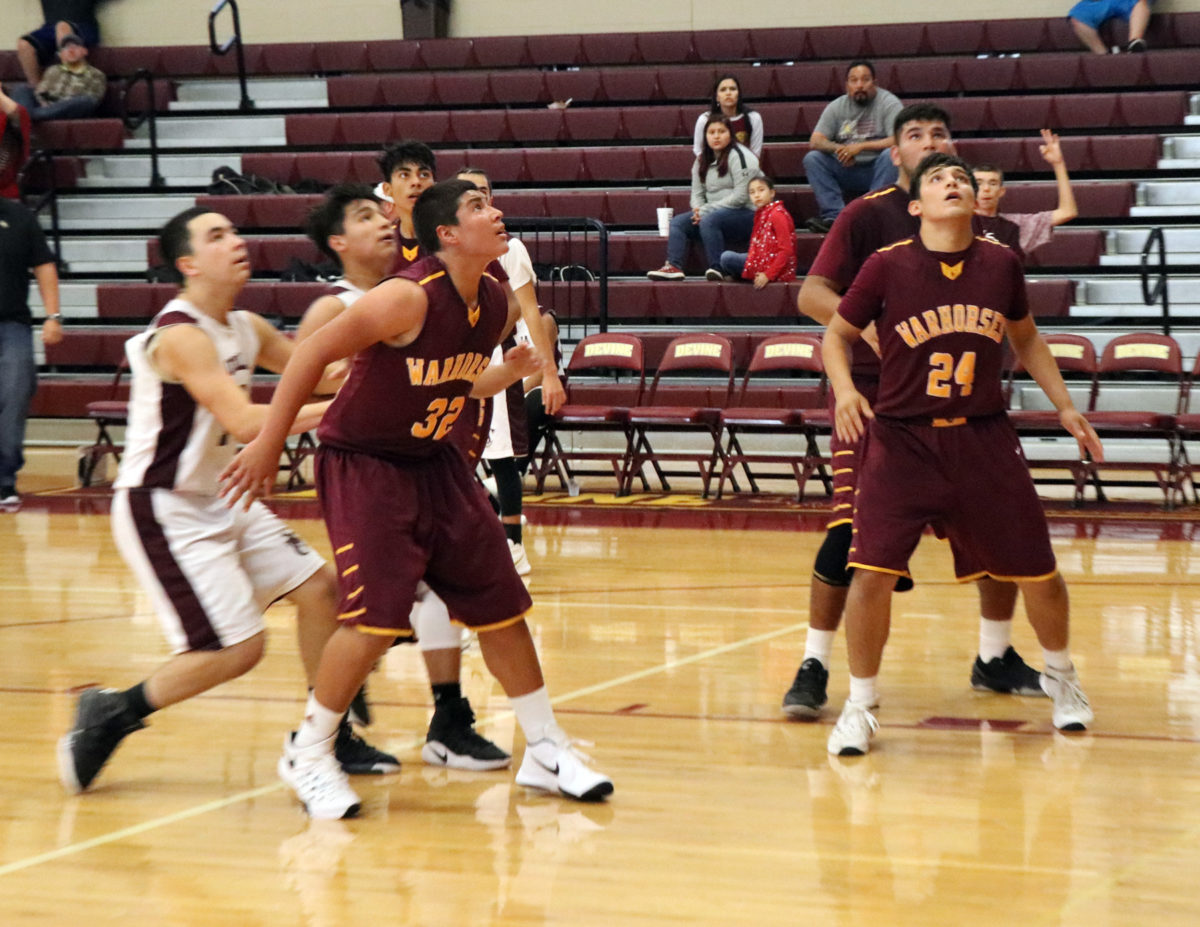 Outscoring Natalia 66-28, the JV Warhorses pressed hard and kept their opponents down. With a free throw percentage of 71% and outscoring the Mustangs every quarter, the JV team was not to be stopped. Sergio Martinez scored 16 points, Jose Dozal 14, Mason Burford and Andrew Perez each had 13, Sage Ornelas and Isaiah Rejino had 4 each and Hunter Farias had 2 points.
At the Devine Warhorse tournament, the Junior Varsity team went 1-3. Facing Marion first, the JV started strong with a 37-32 win. Martinez led the scoring with 14 points, Dozal had 8 points, Ornelas 7, Perez 6 and Burford had 2.
The next three matches did not go in favor of the Warhorses. Facing Antonian (60-26), Perez scored 10, Martinez 6, Dozal 5, Rejino 4 and Burford 1. Pleasanton won 58-39 but the team worked hard to put points up. Martinez led with 18 points, Burford 9, Perez 5, Ornelas 4, and Dozal had 3 points. Tied at the end of the third quarter, Pleasanton pulled ahead in the last few minutes to win 59-54. In their final match Perez scored 22 points, Burford had 13, Dozal 9, Rejino 6, and Ornelas had 4 points.
“We went 1-3 in the tournament this past weekend. It was a very competitive tournament. We had very starts to our last two games, but could not sustain our intensity. With practice we will get into shape and will close out future games,” said Coach Evan Eads.
The JV Warhorses play Ingram on press night and then head to the Dilley tournament this weekend.
By Dicy Chambers
Sports Writer