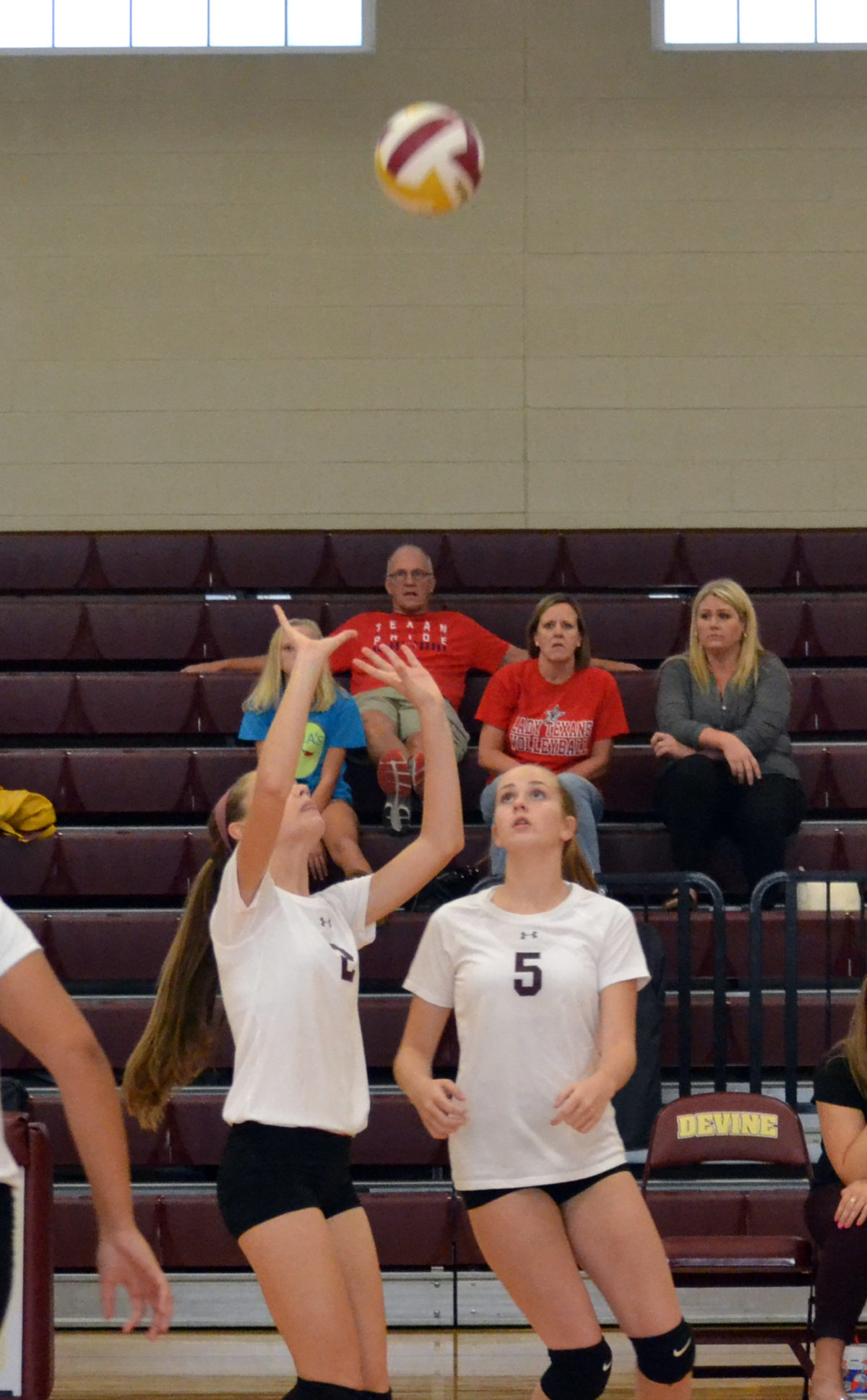 “We gave a lot of energy and played with a lot of effort,” Coach Mark Mangold said. “We played hard, but not hard enough.”
In set one, the Arabians overcame a slow start and rallied back to take the lead to 24-23. Then both teams sided out until Wimberly finally outscored the Arabians. Offensively, Jasmine Pompa (2), Clarissa Zamora (2), Kelsey Archie (1), and Gabby Rodriguez (1) all scored kills for a total of 10. The only ace scored was by Sara Moreno.
Misfortunate plays and serving errors plagued the Arabians in game two. They made another dramatic comeback, but it was too late. On the defense side, Moreno (10), Janaee Wofford (8), Destiny Morales (2), Kaylee Howard (2), Brooke Runyan (1), Makayla Waddey (1), Myla Miles (1), Gabby Rodriguez (1) all scored digs which totaled to 24.
“We just need to anticipate the ball,” Coach Mangold said. “If we do that, we won’t have to spend so much energy during the play.”
By Abby Kohlleppel
Staff Writer