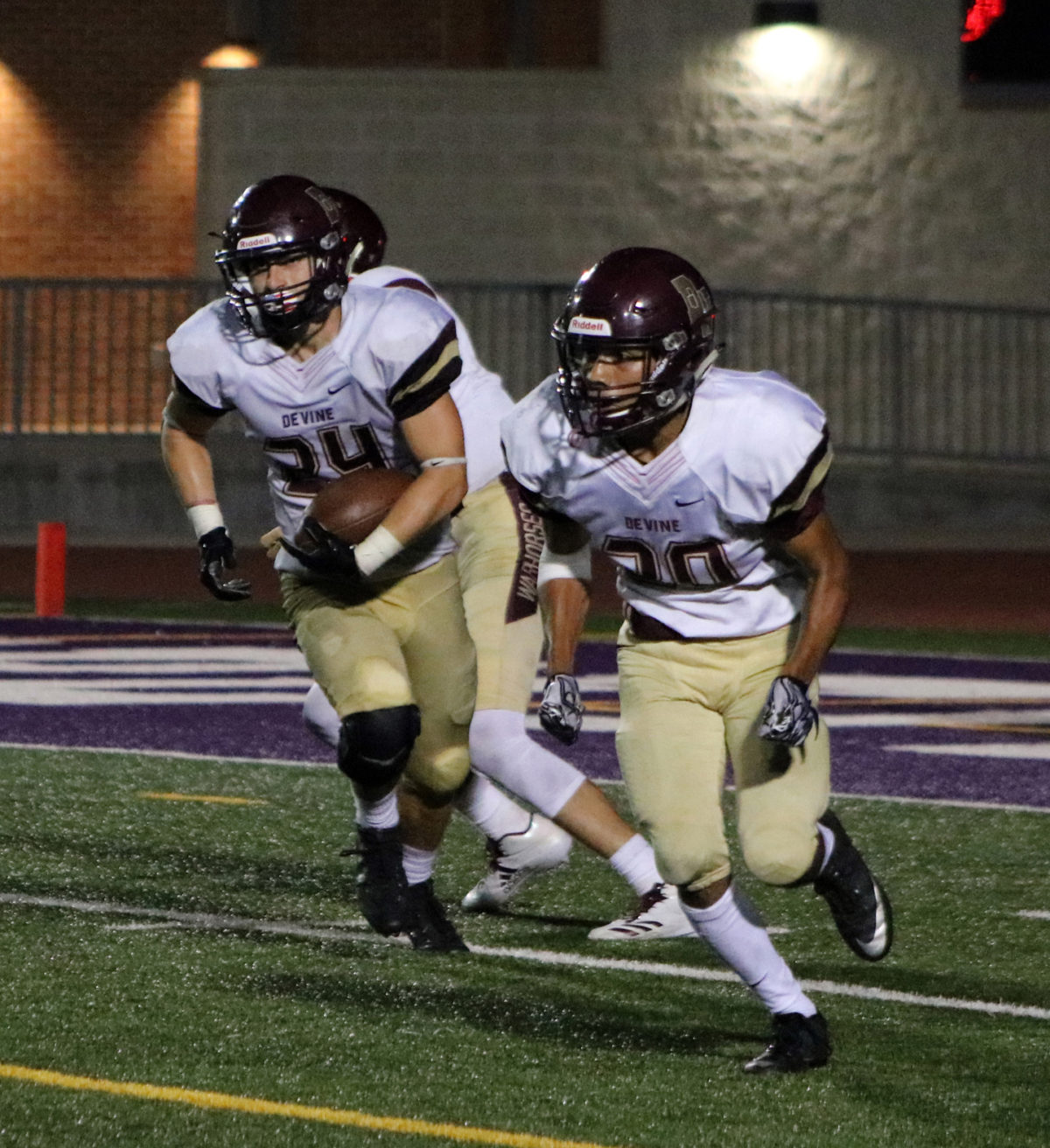 The Devine Warhorses dropped their season opener to the Boerne Greyhounds in Boerne last Friday night by the score of 42-0.
The Warhorses simply could not match the firepower that the Greyhounds possessed offensively. Boerne scored 14 points in each of the 1st, 3rd, and 4th quarters to dominate the ballgame.
Although the score was not close, the Warhorses put forth great effort in attempting to match up with Boerne’s tall receivers and quarterback, Brooks Klutts, who threw for 317 yards. Wide receiver Connor Fisher collected 11 catches for 164 yards and three touchdowns on his own. Devine had several jarring tackles on Greyhound ball carriers; unfortunately Boerne still amassed 153 yards rushing on 30 attempts.