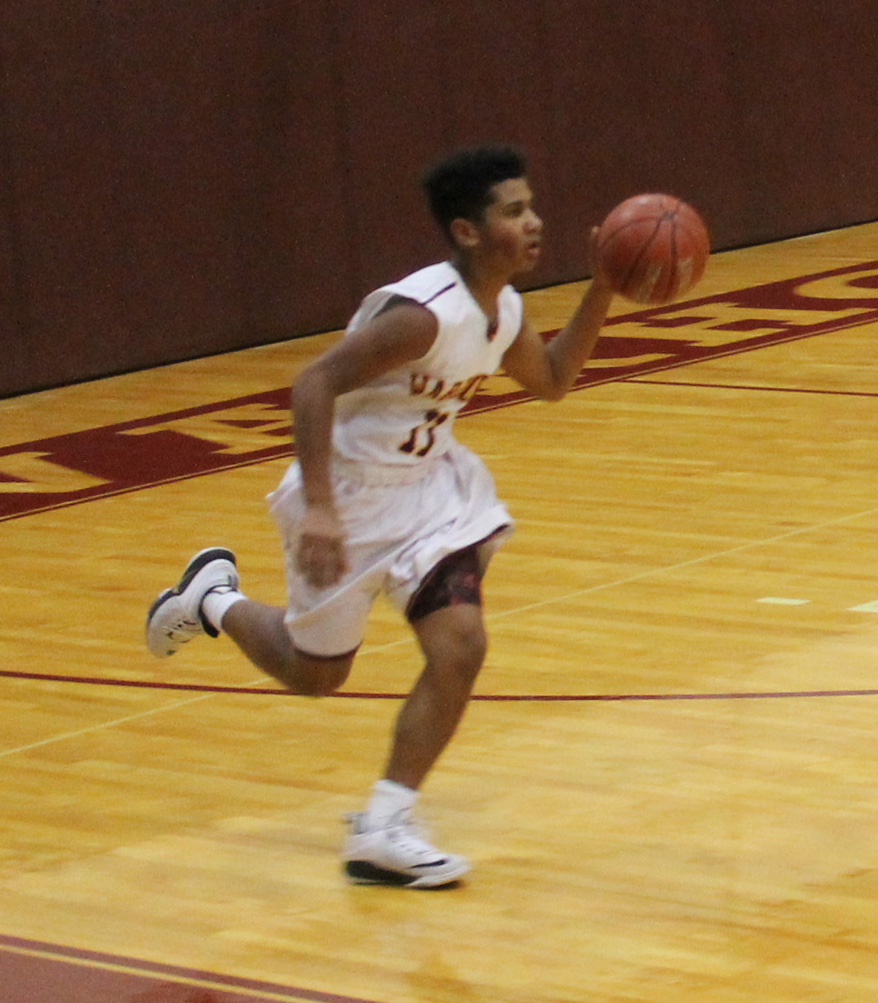 Facing an aggressive game against Lytle, the Junior Varsity Warhorses lost 60-61. Up 14-10 at the end of the first, the JV Warhorses would trial the next two quarters with scores of 23-37 and 42-47. Never giving up the team closed the gap and “with 4 seconds left Lytle inbounded the ball. We went for the steal and could not get it which lead to a Lytle player hitting the game winner,” said Coach Evan Eads.
Andrew Perez and Sergio Martinez each had 18 points, Damien Martinez 13, Mason Burford-Zawareh 6 and Jose Dozel 2 points.
Fueled by their close loss against Lytle, the JV Warhorses came out strong against Carrizo Springs but could not control the ball and lost due to too many turnovers. Devine was close the entire game and had a 4 point lead late in the game but lost in overtime with a final score of 57-61.
Perez had a great game with 24 points, S. Martinez 17, D. Martinez 10, Sage Ornelas 4, and Burford 2 points.
By Dicy Chambers
Sports Writer