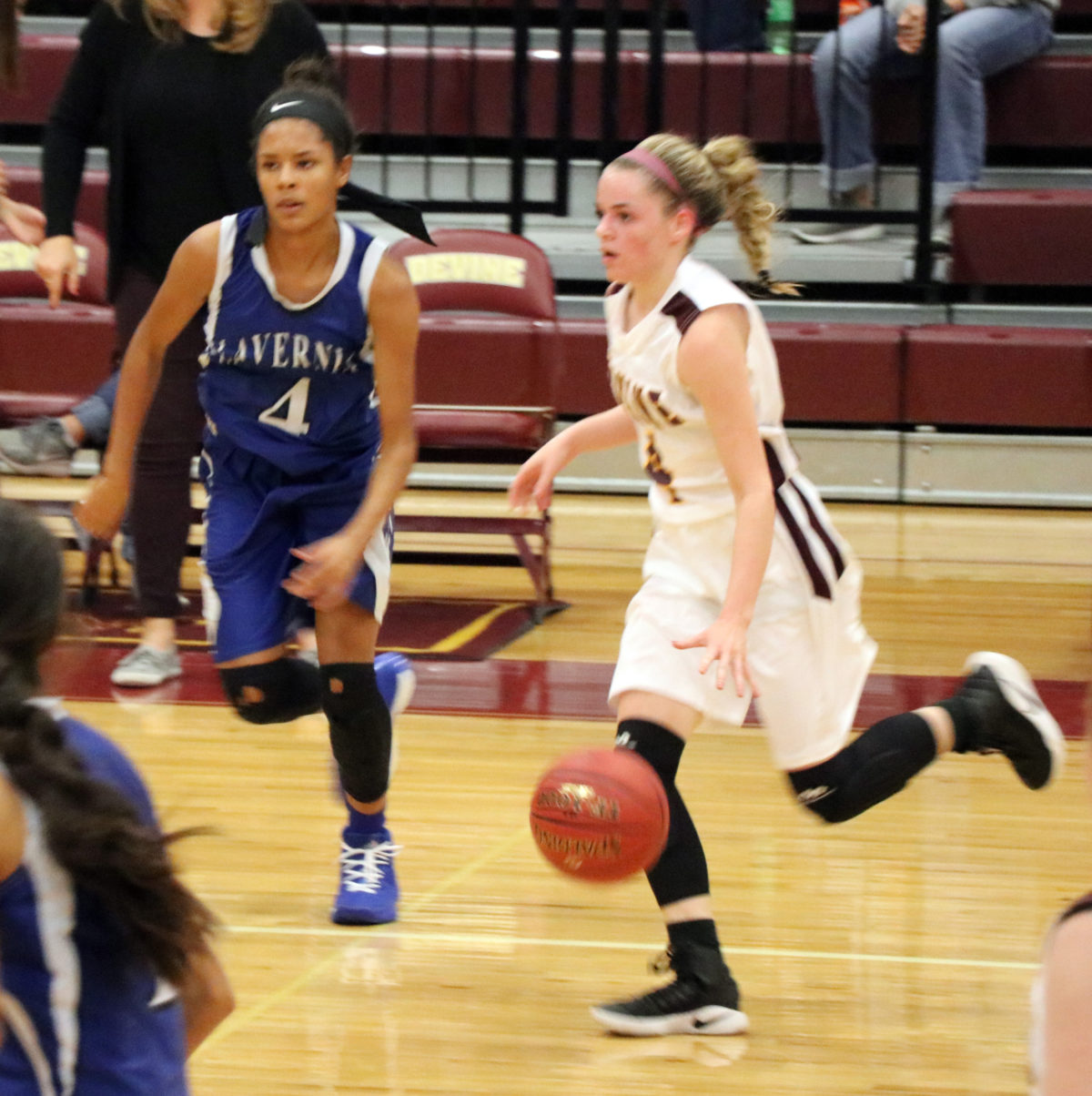 On December 5th the JV Arabians faced the Jourdanton Squaws and won 30-17. Getting off to a slow start, the JV Arabians picked up intensity in the second quarter and stole the ball from the Squaws breaking up their offensive push. Coach Leigh Anne McIver said, “I think the girls learned a lot from this game and hopefully they will take those lessons and apply them in the Dilley tournament.”
Pompa, Sanchez and Geyer each scored 6, Smith and Rodriguez each had 4, Garza 2 and Taylor and Howard each had 1. Sanchez also had 9 rebounds, Geyer and Rodriquez each had 4, Taylor, Smith, and Pompa each had 3 and Garza had 2 rebounds.
Dilley Tournament
At the Dilley Tournament, Carrizo Springs did not travel on Thursday due to the weather so the JV Arabians opened against Dilley. Dilley was held to a just a free throw in the first half and just 4 points in the second half. The game was a quick win for the girls with a final score of 29-5. Aaron scored 9 points, Sanchez 8, Pompa 4, and Howard, Rodriguez, Morales and Garza each had 2 points.
Facing Crystal City, the team continued to press and their aggressive defense and won again 41-15. Stopping their opponent from being able to make their offensive plays and being aggressive pushing the ball down the court led them to a strong win. Geyer scored 11 points, Aaron and Sanchez each had 7, Garza 6, Pompa 5, Rodriguez and Taylor each had 2.
Cotulla was next to fall to the JV team. With Rodriguez scoring 12 points, Aaron 10, Geyer and Sanchez with 6 each, and Morales, Garza, and Pompa scoring 2 each, it was impossible for Cotulla to get any points on the board. With a final score of 40-11, the JV Arabians controlled the ball and court.
In the final match against Carrizo Springs on Saturday, the Arabians fought and played just as hard to win 45-18. Rodriguez scored 14, Sanchez 10, Taylor 8, Geyer 5, Morales, Aaron and Garza scored 2 points each.
This final win made them the tournament champions. The JV Arabians may have won each game on average of 21 points but they fought hard and didn’t slack when the lead grew. “This tournament really allowed us to work on some smaller things and you could see the girls getting better at those things each time down the floor. The girls really worked hard to win the championship and I am very proud of them,” said Coach McIver.
The JV Arabians head to Cole for a tournament this weekend.
By Dicy Chambers
Sports Writer