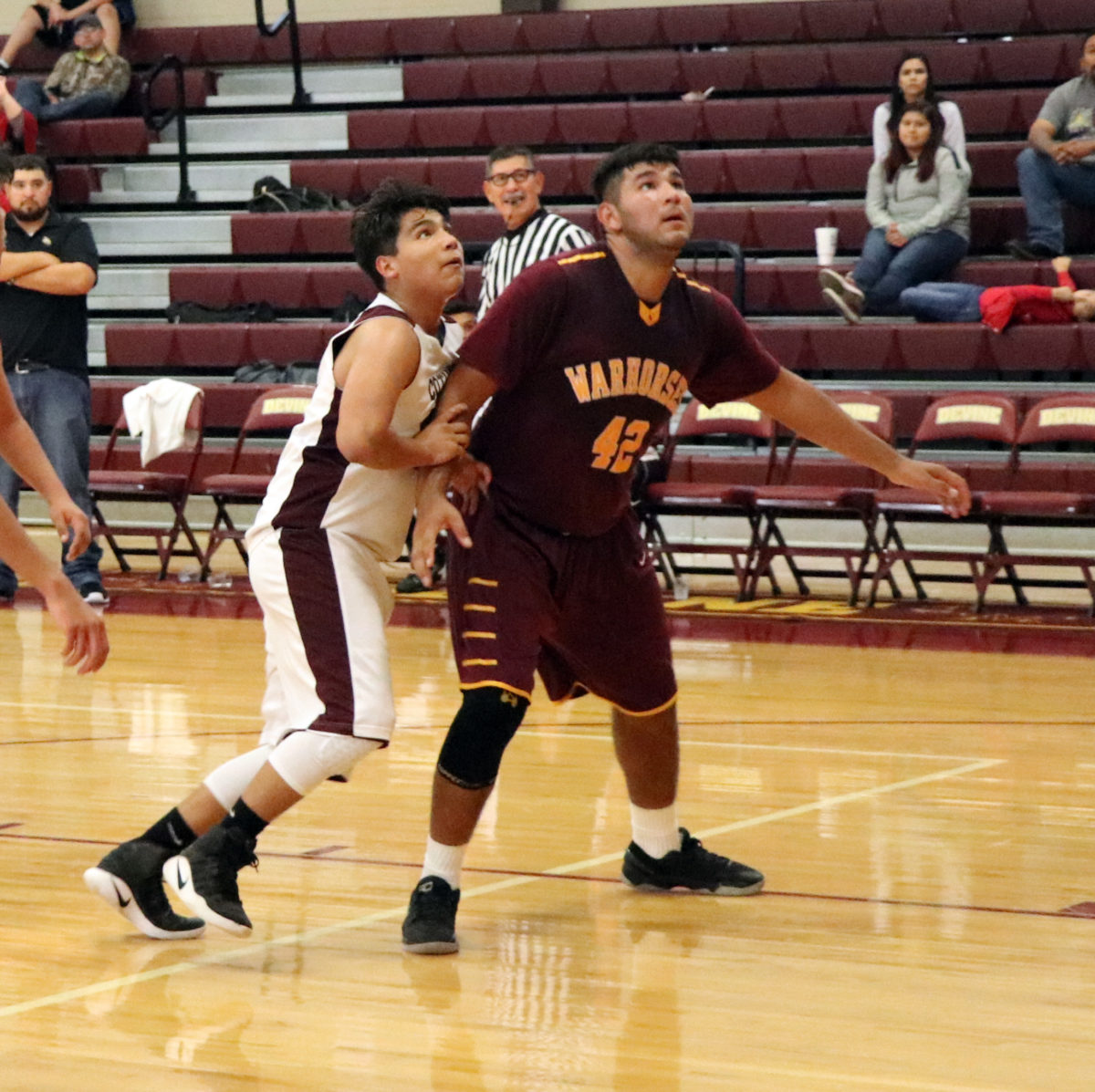 Starting their week off right with a win against Ingram, the JV Warhorses went on to win the Dilley Tournament.
Ingram was the first road win for the JV who are still adjusting to the game. But the adjustments are quick and the boys are becoming a strong defensive force who can handle the ball aggressively on the offense too. The final score of 54-48 and the charge was led by Damian Martinez with 19, followed closely behind by Sergio Martinez with 16. Andrew Perez and Sage Ornelas each had 5, Kameron Adams 4, Mason Burford 3, and Jose Dozel had 1 point.
In the Dilley tournament, the weather forced some changes to the schedule but the teams adjusted and the games got underway. The first opponent faced was Crystal City. The JV won 54-40 on Thursday. D. Martinez had 23 points, Dozel and Adams each had 7, Ornelas 6, S. Martinez 5, Hunter Farias and Perez each had 2 this game.
Next to fall to the JV Warhorses was Dilley, 56-23. Leading at the end of each quarter, the JV held their opponents from scoring. D. Martinez scored 18, S. Martinez 12, Adams 11, Dozel 5, Perez 5, Ornelas 3, and Burford 2.
Facing Pearsall for the second time this season the JV Warhorses won beat them this time. In the championship game, Adams held their top scorer to only 5 points and scored 16 of his own. Perez was on top of rebounds and helped the JV get the ball back to their end of the court. D. Martinez scored 21 points, S. Martinez 6, Farias and Perez with 4 each, and Ornelas 3 points.
“Beating two district opponents and beating Pearsall after losing to them earlier in the year was the best part of the tournament. These kids are learning the offense and have scored 50 or more points the past 5 games,” said Coach Evan Eads.
By Dicy Chambers
Sports Writer