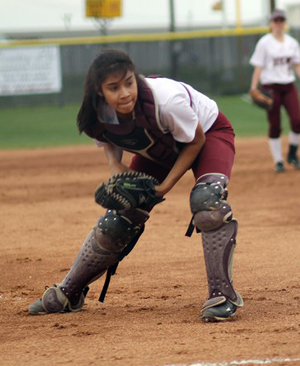 The JV Arabians are now 2-2 in district after a loss to Pearsall last Tuesday night. In the 2-11 loss, Dawn Morris pitched and had one triple and 1 run. Dazzle Coronado hit a sacrificial hit and an RBI. Cece Martinez hit a double. Brooklyn Crossland hit a single. Makayla Perez pitched with one strike out.
Overall the JV Arabians are 11-8 and 2-2 in district with four games left. They played Hondo last night and will face Carrizo Springs April 5th, Crystal City April 12th, and Pearsall on April 16th.
By Dicy Chambers
Sports Writer