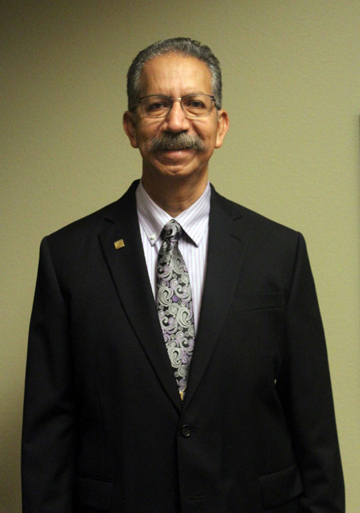 On Wednesday, January 30, 2019, Mr. Randy Garcia will be celebrating his 35th year with Lytle State Bank. Randy started as a management trainee in 1984 and in the years since, has worked his way up to being named President of LSB in 2016, after the retirement of Franklin Wanjura, Jr.
Randy graduated from Devine High School in 1979 and went on to receive his BBA degree in General Business from Texas A&I-Kingsville in 1983. He received his master’s degree from Our Lady of the Lake University in San Antonio and is a graduate of the Southwestern Graduate School of Banking at Southern Methodist University.
After working at LSB for 5 years, in January of 1989, he was named an Assistant Cashier, then in November of 1989 as an Assistant Vice President. In 1994 he was named Vice President and in 2000 was made a Director on the LSB Board. In 2003, he served as Senior Vice President until 2013 when he became Executive Vice President and then in 2016 as President of LSB. Before coming to LSB, Randy served as a bank liquidator for the Federal Deposit Insurance Corporation.
“Randy has been a real treasure since his first day. His mission is to help people and make sure good things happen in our communities. Congratulations Randy, great bank president,” past Bank President Franklin Wanjura, Jr., stated.
He is very active in the surrounding communities where he has served as a director on the Atascosa Economic Development Corporation and secretary of the Lytle Chamber of Commerce as well as being a supporter of the Lytle VFW, Lytle Animal Allies, Devine Area Artist Series, Devine Chamber of Commerce, and both the Atascosa and Medina County stock shows. Randy currently serves on the board of directors for the Independent Bankers Association of Texas (IBAT).
Randy met and married the love of his life, Miriam Sepulveda Garcia, and they reside in Lytle.