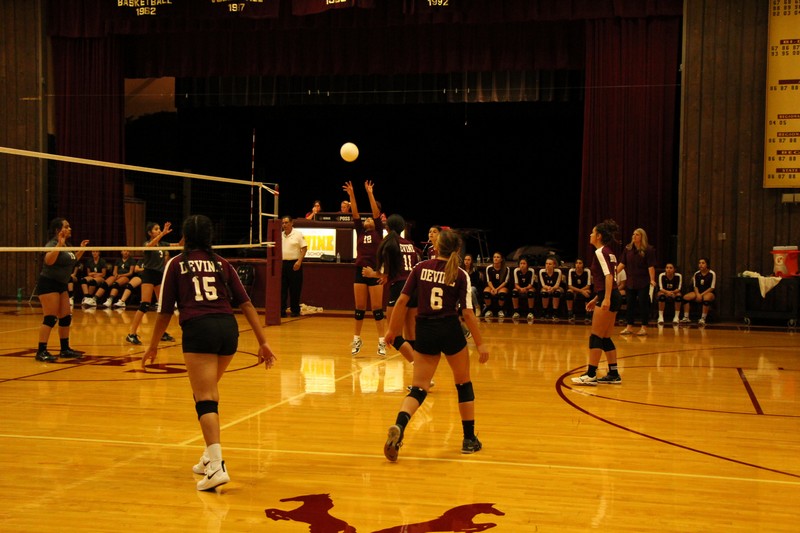 The Freshman Arabians held their home tournament this past weekend and started off pool play against Poteet. The Arabians came out strong and hard against the Aggies and won the first set 25-15. That fire continued into the second and at 25-9, the Arabians showed they were out to win it all.
“We started the morning out with a great win. It took us a little while to get motivated in the game and it was evident they were excited and ready by set 2,” said Coach Kimberly Lane.
Cece Martinez had 7 aces, Dylan Rena 2, Emily Cruz and Ana Pompa with 1 each. Darian Alvares and Kaydi Yeats each had a kill.
Lytle was next to fall to the Arabians at 7-25 and 23-25. The second set was close and the Arabians almost lost to a run of points by Lytle. Cece Martinez had 3 aces, Dylan Reyna and Lindsey Herrera each with 2, Emily Cruz and Ana Pompa each with 1. Darian Alvarez led with 5 kills, Aleyna Gerlach 4, Lacey Shook 2, and Kendall Marek, Bri Torres, and Yessika Garza each with 1.
“Moving forward they need to learn to stay focused when we are up and when we are down. Keeping each other motivated and excited will help that. I am very proud that despite a close score they stay in the game to come out victorious and did not give up when they were down,” state Coach Lane.
In the championship game against Pleasanton, the first match was a close back and forth which ended when Yessika Garza drove a spike straight into a hole after a great volley ending the game 25-21. The second set ended much faster at 25-18 after Devine took control of the game.
The Freshman Arabians will play in Fredericksburg Friday and then compete in the Navarro tournament on Saturday.
Tuesday night was a tough loss for the Freshman Arabians when they faced La Vernia. Losing their game in two sets at 12-25 and 17-25, the Freshmen did show improvement in the second set but it was too late in the game for a come back. Yessika Garza had 2 kills, and Lacey Shook, and Kendall Marek each with 1. Cece Martinez had 1 ace.
“The Freshmen had a rough night communicating. Our errors were mainly during serve receive and serving. We have a tough line up of games and the girls need to remain engaged and work on communication throughout the entire match,” said Coach Kimberly Lane.
Antonian
Facing Antonian last Friday before their home tournament was a tough opponent after La Vernia. The Arabians worked hard and kept fighting even after they got behind. With final scores of 18-25 and 15-25, the young team showed they would make their tough opponent work for the win.
Pompa led with 2 aces, assisted by Lindsey Pompa and Martinez each with 1. Darian Alvarez and Yessika Garza each had 2 kills and Shook and Bri Torres each had 1. Alvarez had a block while L. Pompa had 4 assists and A. Pompa had 2 assists.
“Our girls are also learning how to put up a block and with more practice I believe those errors will stop. Learning to talk on the court at all times has improved after taking the loss and I hope that will fix our serve receive errors,” stated Coach Lane.
Poth
Tuesday, September 11, the Freshman Arabians faced Poth and after three tough sets, the Arabians lost 1-2. After losing the first set 13-25 due to poor ball handling and lack of communication the Freshmen Arabians turned it around in the second set and won 25-16. This gave each team a won set and forced a third. The Arabians fought hard and kept up with Poth but lost their composure when Poth earned a streak of points. The third game ended 22-25 in Poth’s favor.
“I am proud of the effort in my team and how far we have come thus far. Our tough lineup of games is what they need to improve and learn a fast game. The learning experience they are getting is irreplaceable and I am excited to see them in action for District.” Coach Kimberly Lane.
Lacey Shook 4 had kills, Darian Alvarez 3, Yessika Garza 2 and Ana Pompa and Aleyna Gerlach each with 1. Cece Martinez had 5 aces, Shook had 2, while Lindsey Herrera and Dylan Reyna each had 1.
Friday night’s game against Fredericksburg was canceled due to weather. District starts this Friday, September 21st in Carrizo Springs.
By Dicy Chambers
Sports Writer