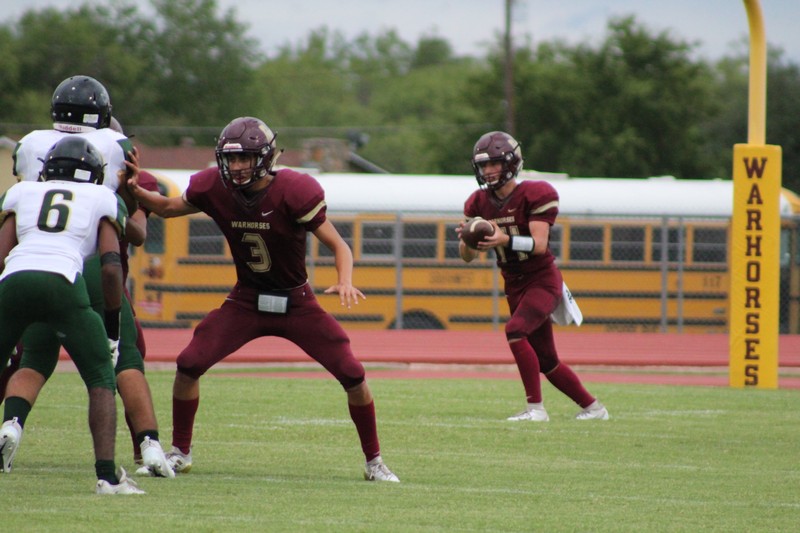 Special Team Coach Scott Taylor has his special team’s units on a roll. Whether it is fielding punts or coming oh-so-close to returning a kickoff to the house, each of his team’s is making their presence felt on Friday nights.
“Our special teams accounted for 23 total plays with five coming on kickoff return,” stated Taylor. “Isaiah Oropeza had 3 returns for 60 yards. Guido had one for ten with one return erased due to a block in back. Our kickoff team did not allow any return yards on their five kicks. Guido Zapata had one punt return for ten yards. Even though we did not block an extra point, Legacy was only 2 of 4 on extra point attempts. Four punts Zackariuh Bocanegra had one tackle on a punt situation; we had one for a touch back, one kicked out of bounds, and one downed inside the two. The one inside the two was huge as it came in the waning seconds of the ballgame.
Overall, it was a good, productive night. We are getting closer on blocking an extra point and punt. Our kickoff return was one block away on two of the five returns. Some of our younger kids that got to come up to the varsity level really helped on special teams. Tristan Kennard, Hunter Reyes, and Mason Burford played well when called upon.”
Head Coach Paul Gomez has equally been impressed with his squad’s special team play. “Although we should have broken a kickoff return for a touchdown, Isaiah did a good job getting to the hole on one of his return but stuttered just a little bit or he would have been gone. As he gets more repetitions, he will definitely be a weapon. He had the most return yards for us there.
Guido continues to do a good job fielding punts and giving us good field position. I thing Chad’s last punt was extremely important because it pinned them inside the 5-yard line with only four seconds to play in the game. Sergio and Chad can improve kicking off by simply keeping the ball inbounds. With Grant handling all the kicking duties prior to his injury, Sergio and Chad are just now getting in the practice time and will get better as the season goes.”
By Jerel Beaty
Staff Writer