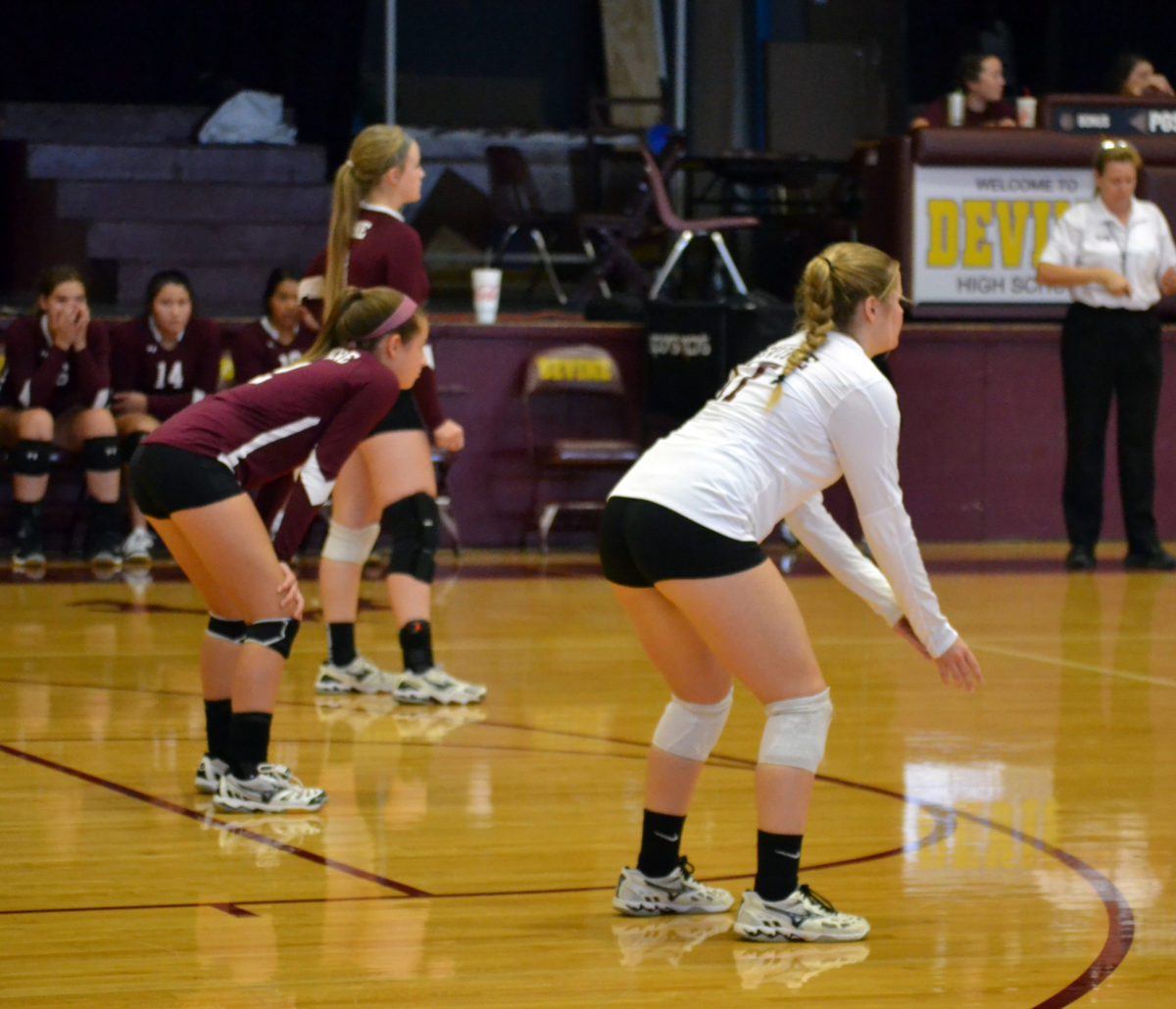 The freshmen faced Antonian on September 19th and Pearsall on September 22nd, losing one and winning one.
“We took a tough loss on Tuesday,” Coach Kim Lane said. “We were pretty evenly matched, and we needed a win.”
Antonian
The Freshmen lost to Antonian in two games: 16-25 and 15-25. Allyson Taylor and Madison Pike each provide 2 kills. There were 2 aces made by Aaliyah Terrazas and Brooke DuBose and one block made by Pike.
“I am hoping to see new energy in district play,” Coach Lane said. “I am hoping to see a fired up group of girls ready to take the district title.”
Pearsall
While playing Pearsaall, the freshmen took the first set 25-10 with Heidi McLaughlin ending with a run of 7 serves. The second set was won 25-12. Leading in kills was Taylor with 5, and Laurel Spannagel and Pike each with 2. They were many aces; Madison Mata led with 4, as Allison Stevens added 3, McLaughlin had 2, and Pike, Terrazas, and Taylor had 1 each with Taylor going on a run of 5.
“It was refreshing to see the girls communicating and the excitement coming back with this team,” Coach Lane said. “They are moving forward and we are looking to finish the District undefeated.”
By Abby Kohlleppel
Staff Writer