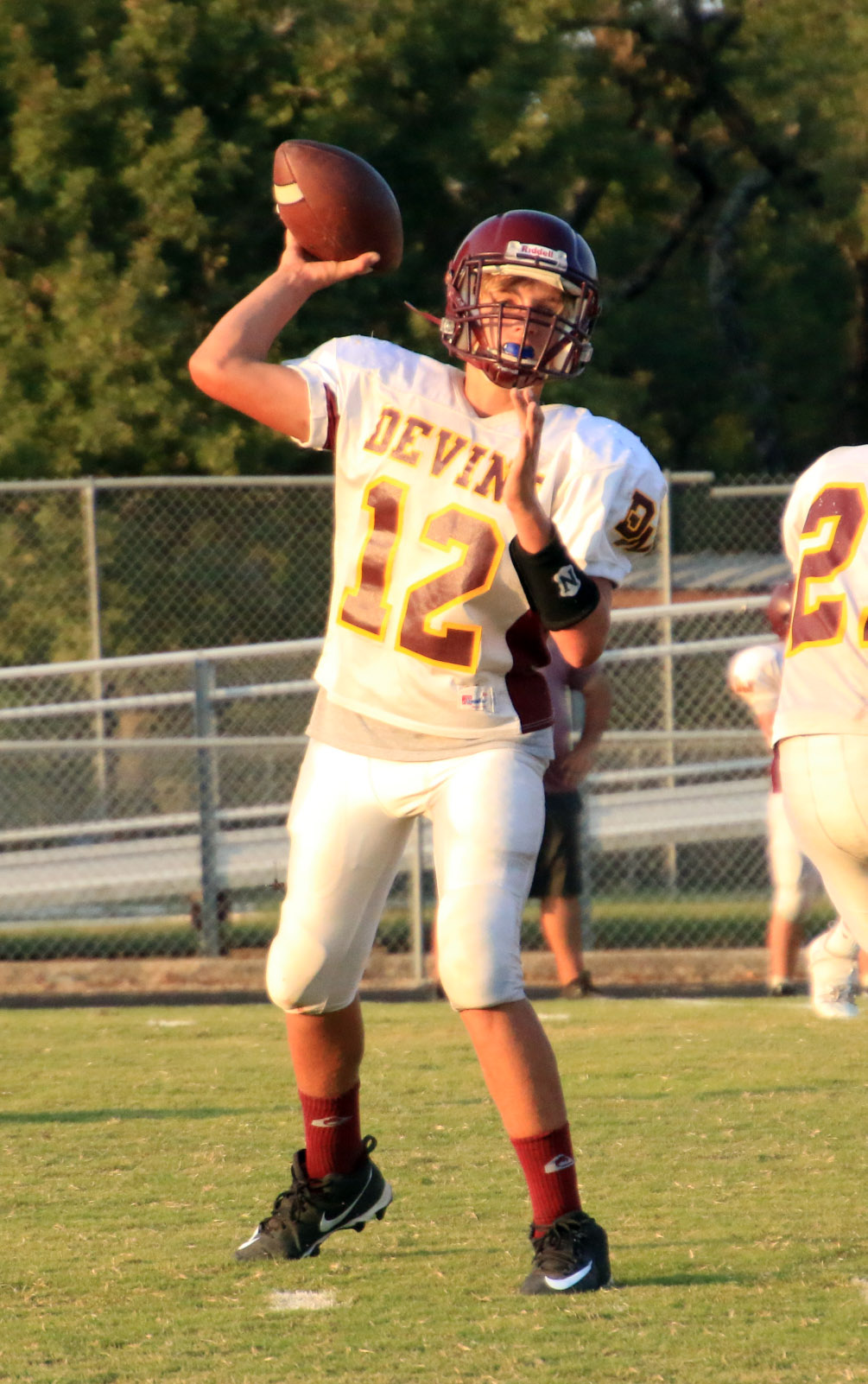 Devine’s freshman team collected its first win of the season in a game shortened to 3 quarters due to lightning strikes in the second half. The Horses jumped out to a 36 to 6 lead before the decision to end the game midway through the 3rd quarter was announced.
Defensive Coordinator Juan Gonzales was excited about his unit’s effort saying, “The defense played a great game. Our secondary shut down their receivers with great help from our defensive linemen providing a pass rush. Armando Gutierrez also had an interception to stop one of the Button drives.”
Devine opened the game with Xsavior Martinez’s 90 yard kickoff return for a score. That touchdown set the tune for the game. Colin Dishman had two touchdown passes, both to Xsavior. One of the strikes went for 35 yards, the other for 30 yards. Dishman added a 2-point conversion. Justin Contreras contributed rushing touchdowns of 38 and 25 yards.
“I felt that we came out with a lot of intensity and played hard for the entire ballgame, which ended up being only three quarters,” stated Offensive Coordinator Bart Oropeza. “We will continue to work hard and strive to develop into a more consistent football team.”
Offensive linemen Colt Seay and Guadalupe Rodriguez blocked exceptionally well to create big running lanes for running backs Devin Ornelas and Gutierrez. Wide receiver Jaden Ramirez contributed with a couple of good catches.
Ramirez also made some tackles from his defensive back position. End Enrique Martinez and linebacker Robert Ramirez also stood out defensively.
The freshmen will not have a game this week.
By Jerel Beaty
Staff Writer