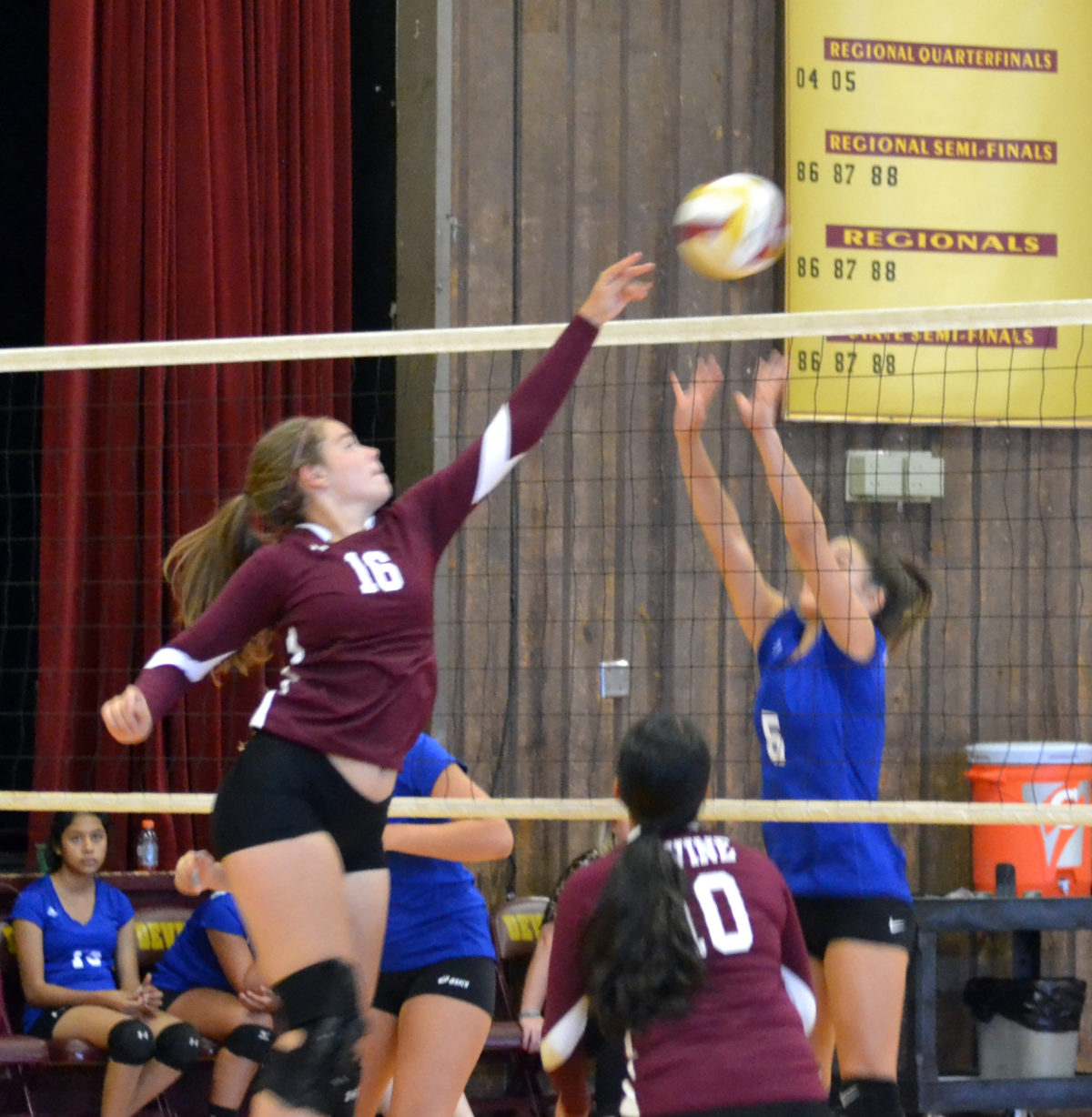 The Freshmen Arabians have had an undefeated season winning their games against Pearsall and Carrizo Springs this past week.
Pearsall
“The girls took on the Pearsall Mavericks Tuesday and came out victorious,” said Coach Kimberly Lane. “The Freshman took the game in two sets, 25-11 and 25-9.”
In the game, Madison Mata served 6 Aces and had a run of 10 serves. Allison Stevens and Aaliyah Terrazas also each had an ace. Laurel Spannagel had 2 kills and Allyson Taylor had 1.
Going into set 2, the girls remained focused. Terrazas had 2 aces and went on a run on 7 serves. Spannagel had 2 aces along with 1 more kill. Madison Pike and Taylor also pulled out two kills in set 2 and Brandi Dubose put down an amazing kill.
“The first set started out a little slow due to lack of communication,” Coach Lane said. “The girls quickly picked up the pace and finished the set strong. The Freshman played a great game and really tried to remain aggressive the best that they could. It was a great start to round two of District.”
Carrizo Springs
The girls took on Carrizo Springs and came out with a big win. The Freshman took the game in two sets, 25-19 and 25-23.
This showed to be our toughest competition in District. We struggled on several serve receive errors. The girls rallied together and started communicating and were able to pull together by second set. Laurel Spannagel led in kills with five and also scored an Ace. Allyson Taylor was right behind her with 3 kills and 1 Ace. Madison Pike had 2 kills but towards the end suffered an injury on the court. Selly Gutierrez, Brandi Dubose, and Aaliyah Terrazas each had a kill and Brooke Dubose landed an Ace.
“We are struggling towards the end of the season with injuries, so the girls are anxious for the last two games and the new roles they have to play. I still think they will finish strong. They will have to play together and finish with teamwork and communication these last two District games,” stated Coach Lane.
By Abby Kohlleppel
Staff Writer