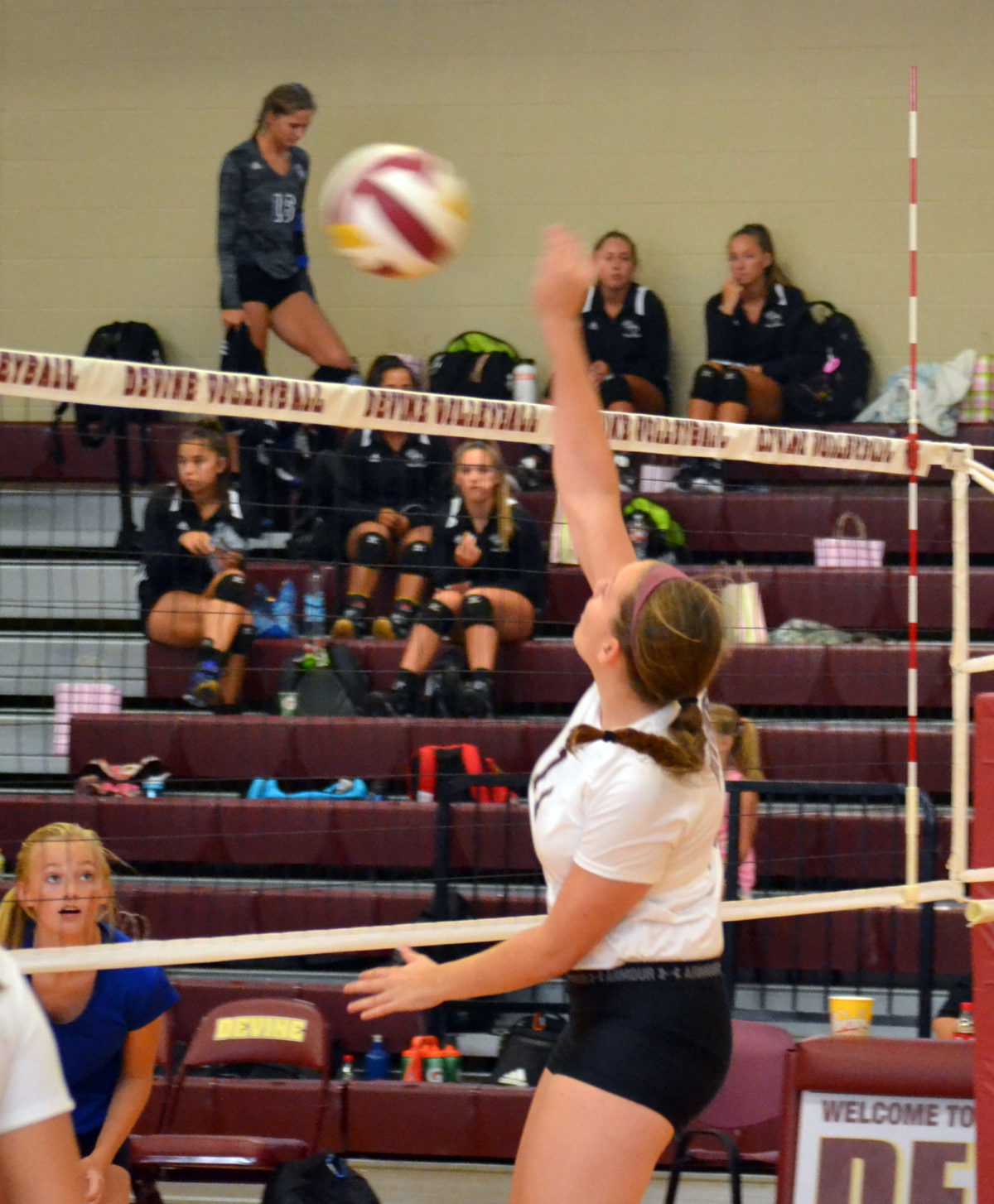 The Devine JV Arabians played Pearsall October 10th and beat them in two games, 25-11 and 25-23.
Defensively there were 18 kills made, led by Clarissa Zamora with 8. Others adding to the kills were Sydnie Harrel and Jasmine Pompa with 4 each and Kelsie Archie and Halle Hagdorn with 1 each. The girls had 16 assists made by Brooke Runyan and Janaee Wofford with 8 each. There were also 13 aces made by Wofford 4, Myla Myles and Destiny Morales with 3 each and Gabby Rodriguez, Runyan and Sara Moreno with 1 each.
Offensively there were 18 digs made by Moreno with 7, Myles and Kaylie Howard with 3 each, Rodriguez and Runyan with 2 each and Morales with 1.
Currently the JV stands at 4-0 in District and 11-15 overall.
Carrizo Springs
The JV Arabians beat Carrizo Springs in two games, 25-12 and 25-17.
Offensively, the girls had 6 aces provided by Gabby Rodriguez 3 and Brooke Runyan 3. They had 11 assists made by Runyan with 6 and Janaee Wofford with 5.Also there were 5 digs made by Sara Moreno.
Defensively there were 12 kills led by Clarissa Zamora with 4 and followed by Runyan, Makayla Waddey, Sydnie Harrell and Halle Hagdorn all with 2 each.
“The girls came out and did a great job tonight. I thought they served tough and were aggressive at the net. We went through a little period in the second set were we made too many errors in a row but the girls refocused and were able to regain control,” stated Coach Leigh Ann McIver.