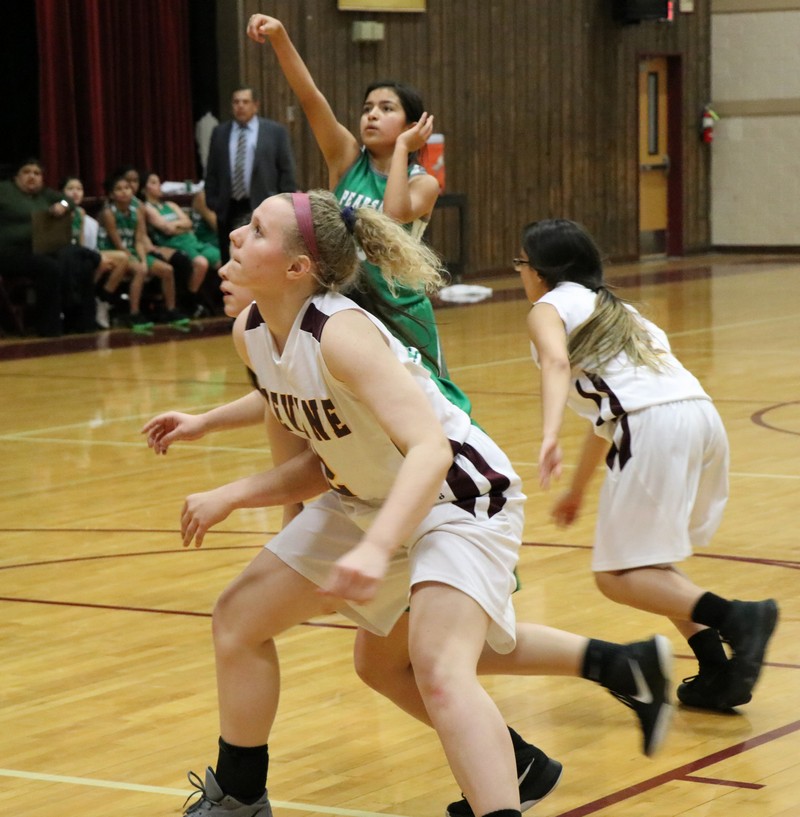 Carrizo Springs
The Freshman Arabians continued their winning streak against Carrizo Springs on January 25th. This is their 18th straight win this season and with two games left, they are on track to be undefeated this season. Their last games are against Crystal City, last night, and in Pearsall this Friday night.
“This game had all kinds of implications. We knew that Carrizo would be physical and we had to do something early to slow them down. I would say we had the right answer when we dropped 24 points on them in the 1st period. That was by far our best period of the year. Yes, we set the tone early however, I am especially proud of the way we played the game. Tonight we had several wins and competing as a team was a big one. Stats are stats but what doesn’t show up on the stat sheet is how well we played together. We moved the ball from side to side, created open shots, drove to the basket, got to the free throw line, played crazy defense,” stated Coach Mark Mangold.
Devine won 47-17 and every player contributed to the win. This was an exciting game for the Arabians and Coach Mangold is proud of this impressive game.
Yesika Garza led with 17 points, Kaydi Yeats 10, Lacey Shook 7 points and led assists, Cecelia Martinez 6, Marianna Hutton 3, and Kendall Marek and Mayah Brogden with 2 each.
Hondo
Hosting Hondo at home for their second district meeting, the Freshman Arabians were ready to win and after four well played quarters, they did 34-21. They are now 6-0 in district and 17-0 overall.
“Scoring 18 in the opening period sent a harsh message to the visiting Owls from across the creek. Intensity sets up our offense and that starts with pressure on the ball. Lacey Shook, like always, gets the task of slowing down the opposing offense first. She really does a great job of disrupting the rhythm of our opponent. Tonight she forced turnovers, caused bad passes, stole the ball and started fast break opportunities for our team. However, she is not alone our posts fought for rebounds, denied the interior passes, and scored 18 of our 34 points. Kendall Marek and Mayah Brogden had the job of defending a larger opponent in the paint and did a fantastic job. Our guards got the job done all night slipping past screens, jumping passes and the occasional pass that everyone admires. Yesika Garza was out of her mind all night both offensively and defensively. She is always one of our leading scorers and plays defense with a huge motor,” said Coach Mark Mangold.
Kendall Marek led all scorers with 11 points, Yesika Garza 10, Lacey Shook 6, Mayah Brogden 5, and Marianna Hutton 2.
By Dicy Chambers
Sports Writer