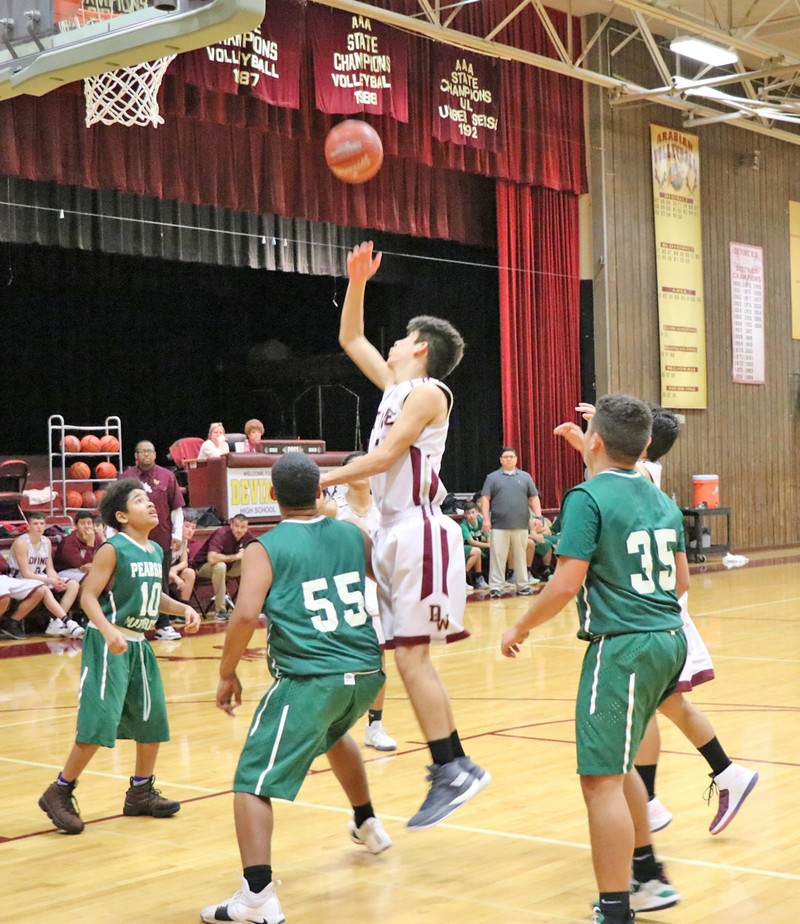 Freshman vs Hondo
In an exciting home game, the Freshman Warhorses hosted their rivals and beat the Hondo Owls 42-31. Coming out strong in the first, the Warhorses had the lead 8-4 at the end of the first but Hondo came back and tied the game up at 13-13 at the end of the first half. Coach Quenton Sanders rallied his team in the locker room and the Warhorses came back aggressive and outshot the Owls 14-9 in the third. The Owls could not keep up and they fell further and further behind in the fourth. The Warhorses won 42-31. Scores by quarter: Q1 8-4, Q2 13-13, Q3 27-22, Q4 42-31.
Brian Schaefer and Peyton Carr led the Horses with 11 points each, assisted by Chris Ortiz 5, Robert Elizondo 4, Charles Waddey 3, and Angel Espinoza, Cody Trammel, and Hayden DuBose with 2 each.
Freshman vs Carrizo Springs
Coming off a big win at home, the Freshman Warhorses came out ready for another win but Carrizo Springs was a tougher team than Hondo. The Warhorses struggled to get through the Wildcats’ defense and were out shot every quarter. The Freshman Warhorses played hard the entire game but lost 27-54. Scores by quarter: Q1 6-11, Q2 12-19, Q3 20-40, Q4 27-54.
Sage Cruz scored 8 points, Peyton Carr 7, Zack Rico 4, Brian Schaefer 3, Cody Trammel 2, and Jacito Solis and Angel Espinoza with 1 each.
The Freshmen will play Pearsall on Friday followed by Hondo February 8th, and Carrizo Springs on February 12th. All three games are on the road.
By Dicy Chambers
Sports Writer