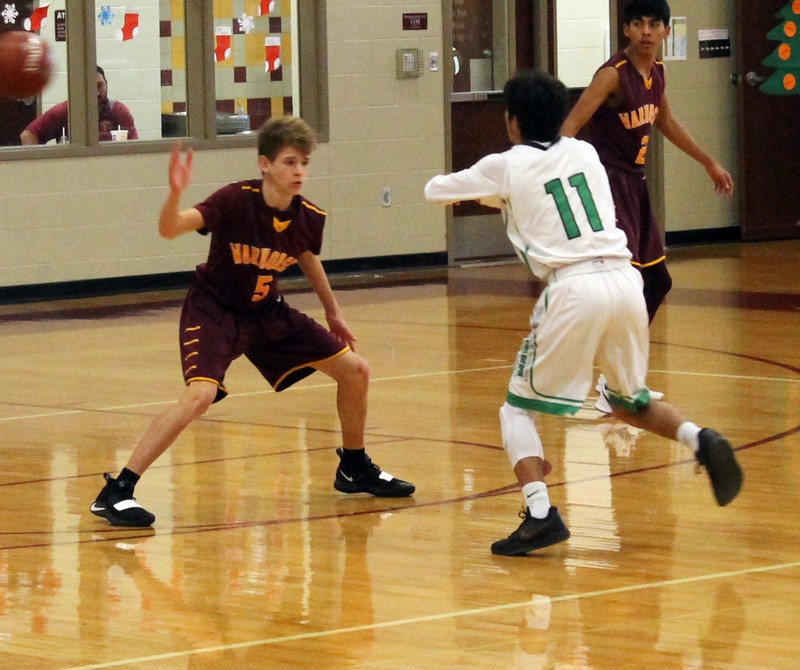 In the game against Bandera, the JV Warhorse came from behind for the victory! “Slow start but being down by one in the third, we started to press and it worked. The kids were aggressive and fought to the end. We ended the 4th quarter 20-8 for the victory.” Coach Evan Eads
The Warhorses were ahead 10-6 at the end of the first but the Bulldogs were able to get past their defense and out score them 7-12. It took a lot of hard work to come back with in 1 at the end of the third and they took the lead back in the fourth for the win 48-37.
Collin Dishman had 7 points, Hunter Farias 3, Weston Byrd 3, matthew Madrid 5, Sage Ornelaz 2, Jose Dozal 26, and Trace Schnautz 2 points. The JV team made 58% of their free throws.
The JV Warhorses will be off for winter break until January 2 when they face Blanco.
By Dicy Chambers
Sports Writer