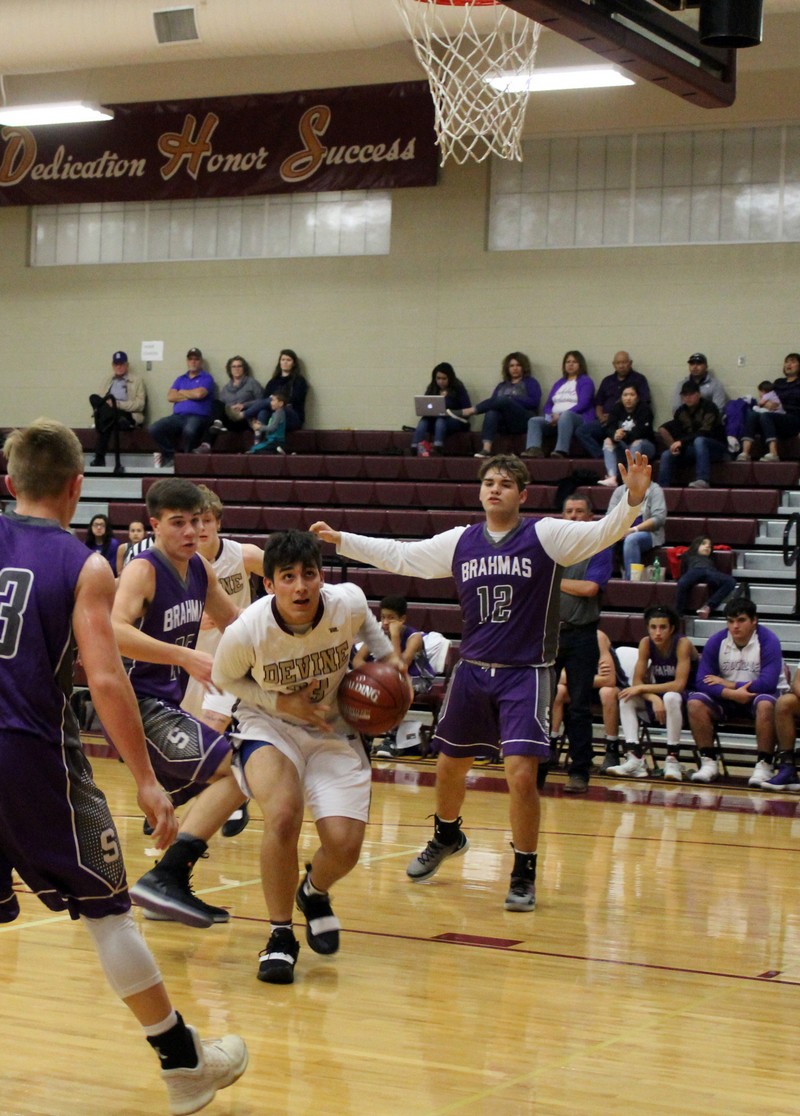 With only a few games left before district, the Warhorses are working hard to get their offense and defense where it needs to be before they attempt to sweep the district. When they faced Bandera on December 18th, Coach Paul Wells made sure his team took control of the game early. Ending the first quarter, 15-11, the Warhorses kept playing hard in the second and outscored the Bulldogs 14-4.
In the second half, the Bulldogs bit back and tried to close the gap but Leonard Pompa sank a 3 pointer and made 3 of 3 free throws. Brady Cardenas added 5 points to the 17 points the Warhorses added to the score in the third. The Varsity team finished the fourth quarter strong with Kam Adams scoring 6 of the 16 points.
Dalton Kramer scored 8 points, Pompa 9, Mason Burford 4, Adams 10, Justin Contreras 2, Damien Martinez 6, Cardenas 13, and Cash Walker 9 points.
The Warhorses next game is against Blanco on January 2nd followed by Cotulla on January 4th. District starts January 11th against Crystal City.
By Dicy Chambers
Sports Writer