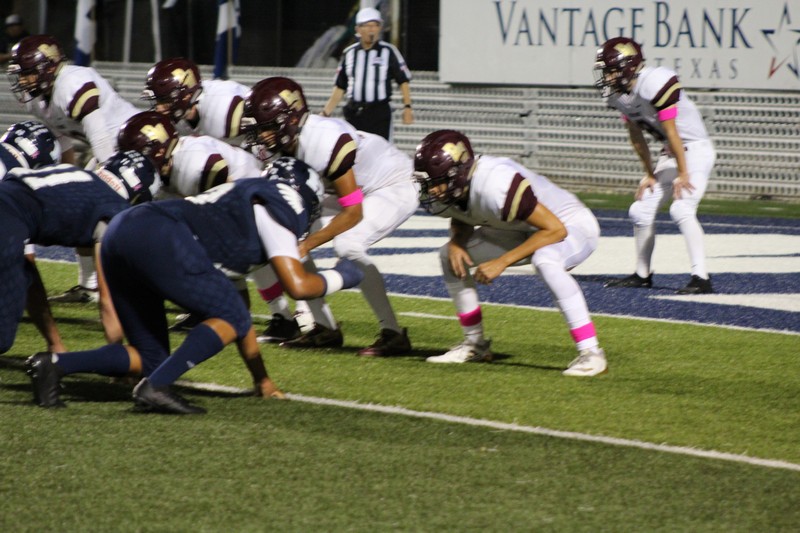 Usually people do not talk about a district championship ballgame happening in only the second conference matchup. However, with your Devine Warhorses and the Crystal City Javelinas both coming into the contest 1-0, whoever can get out of Warhorse Stadium Friday night with a “W” will have the inside track to claiming the District 14-4A D2 championship.
“Crystal City was the preseason pick to win this district and they come in here undefeated in district as they beat a really good Pearsall team this past Friday,” stated Head Coach Paul Gomez. “There was a reason why we won in Hondo last Friday night and it is because we put in the necessary work Monday through Thursday. I tell the boys all the time that you have to practice like you play which is with the same focus and intensity in practice as on Friday nights.”
Last Friday’s game in Hondo was a great game to watch, no doubt. This Friday’s big game in Devine adds another layer to what the Hondo game provided last week. Had the Owls came out on top against the Warhorses, they and Crystal City would be the odds on favorite to win the district.
Since the Warhorses claimed the 32-29 victory over the Owls, this makes the Javelina game paramount to finishing district undefeated and earning the all-important first place seed going into the state playoffs.
“This past Friday cannot be our best game of the year,” continued Gomez. “It has to be a stepping stone to bigger and better days. That is our mindset. We play the top three teams in our district back to back to back and it started with Hondo. Next, we have Crystal City then Pearsall. Our mindset has been to take it one game at a time. With Hondo in our rearview mirror, we now concentrate on Crystal City and their potent offense.
They have great speed and power at the running back position, which will be a good test for us. Defensive Coordinator George Villa will have our players in the best position possible to be successful.”
Coach Lopez does a great job over there getting his players to play hard for him; it will definitely be a good test for us. We will be ready to go on Friday and I expect improvement in all areas from last week. We have to continue to get better.”
The Javelinas beat Pearsall 36-13 in Crystal City. Kickoff for Friday is set for 7:30pm at Warhorse Stadium.
by Jerel Beaty
Staff Writer