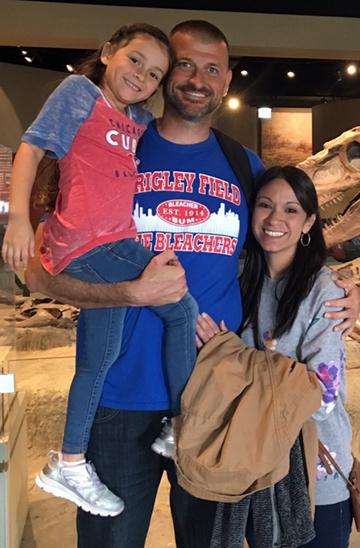 Evan Eads began his first season as Warhorse hoops coach Tuesday night in Dilley as Devine tipped off their 2021-2022 basketball season. Eads was promoted to head coach after former coach PJ Wells left the district last summer.
Eads, a 2000 Devine graduate, came back to his hometown to perform student-teaching duties in the spring of 2004. In the fall of that same year, Athletic Director Chad Quisenberry hired Eads as a full-time teacher and coach for the district.
Since that time, Eads has assisted in various roles for the football, basketball, and track and field programs. He just completed his first season as Offensive Coordinator for the Warhorse football team, and now has the opportunity to lead one of the programs for which he used to wear its uniform.
Upon earning his degree from St. Mary’s University, Eads had choices to make as to where he would begin his teaching and coaching career. For him, though, there was only one place that he really wanted to be and that was right back in the same hallways that he once roamed.
“I was motivated to return to Devine after graduating from St. Mary’s University so I could make positive relationships with athletes that would lead to them over-achieving. The coaches I played for in high school made a difference not only in my athletic career, but in my personal life. They showed me a career that was meaningful and competitive, and I knew I could not play sports forever. Coaching is a job that allows for those competitive juices to continue to flow.”
Eads has enjoyed tremendous success over his 18+ years as a Devine coach in multiple sports as the Warhorses routinely win district championships and advance in state playoffs in all sports.
With most things in life, there are positives and negatives to every situation. However, Eads has yet to let any negative experiences he may have had affect his everyday performance in teaching and coaching in his hometown community.
“I love coaching kids I have a connection to: A classmates’ child, a friends’ child, a family member, really any Devine kid feels like a teammate of mine. I love seeing Devine kids winning games in the uniform I used to wear.”
One unique characteristic the Devine community has is that many ex-students eventually return to their roots to teach, coach, or work in some capacity for the school from which he or she graduated.
Eads fits that description to a ‘T’ as he has lived in this town for all but three-and-a-half years of his life, and that was when he was a college student.
“Devine is a special place that not only allows us to coach these kids hard, they demand it. I love the fact that the expectation is to coach hard and to produce teams that are tough and over-achieve. The culture at the high school is also special. I do not know of any other place that has so many activities for seniors. I enjoy working at DHS. My friends and family are here. As long as that stays I will stay.”
The world has advanced dramatically in terms of internet technologies over the last several years with some aiding the coaching profession as well. Eads will lean on those improved technologies as he takes the reign for his first season as a head coach.
“Technology has allowed for a better informed coach. We have access to more drills, philosophies, schemes, film, etc. We have a better coach to athlete ratio that allows for better player development as well as having greater access to athletes in the summer.”
With all this being said, Eads is getting a little ‘refresh’ on his coaching perspective as he moves over to the first seat on the Warhorse basketball sidelines. I asked him to address one thing of his choosing that he would like the community to know as he enters his ‘rookie’ season.
“I would like the community to know that the Warhorses and Arabians work extremely hard. These students put in a full day’s work in classes, get the max amount of practice time allowed by UIL in practices that are some of the most difficult in South Texas. Most, if not all, athletes participate in more than one activity, belong to a spiritual community, work, etc. When it is time to compete in actual ball games, they are usually asked to do so against an opponent with more students and resources than Devine has. However, our athletes still expect to win. And, even though they do not always win, they almost-always compete the hardest. The true reason I stay here in Devine is I am inspired daily by the hard working competitors that proudly represent the Warhorses and Arabians year in and year out.”
Eads definitely has the right mindset heading into his first official year as a head coach. Experiences he has encountered in countless practices and games will undoubtedly benefit him and his teams as they navigate through his initial campaign.
Eads and his wife Cassandra have one daughter, Esme. Cassandra, also a DHS grad, is a 1st grade teacher at Ciavarra Elementary and Esme is a 1st grade student at the same school for which her mom works.
“Becoming a father has made me a better coach. Being a coach has made me a better father (so far, I hope). I hope I can watch my daughter be successful in some activities at DHS. If I am involved in the coaching part that would be a bonus, but there are so many extracurricular activities at DHS, I know whatever she chooses to do that I will be her biggest fan.”
Best of luck to Coach Eads and his Warhorse basketball program this season, and for years to come.
By Jerel Beaty
Staff Writer