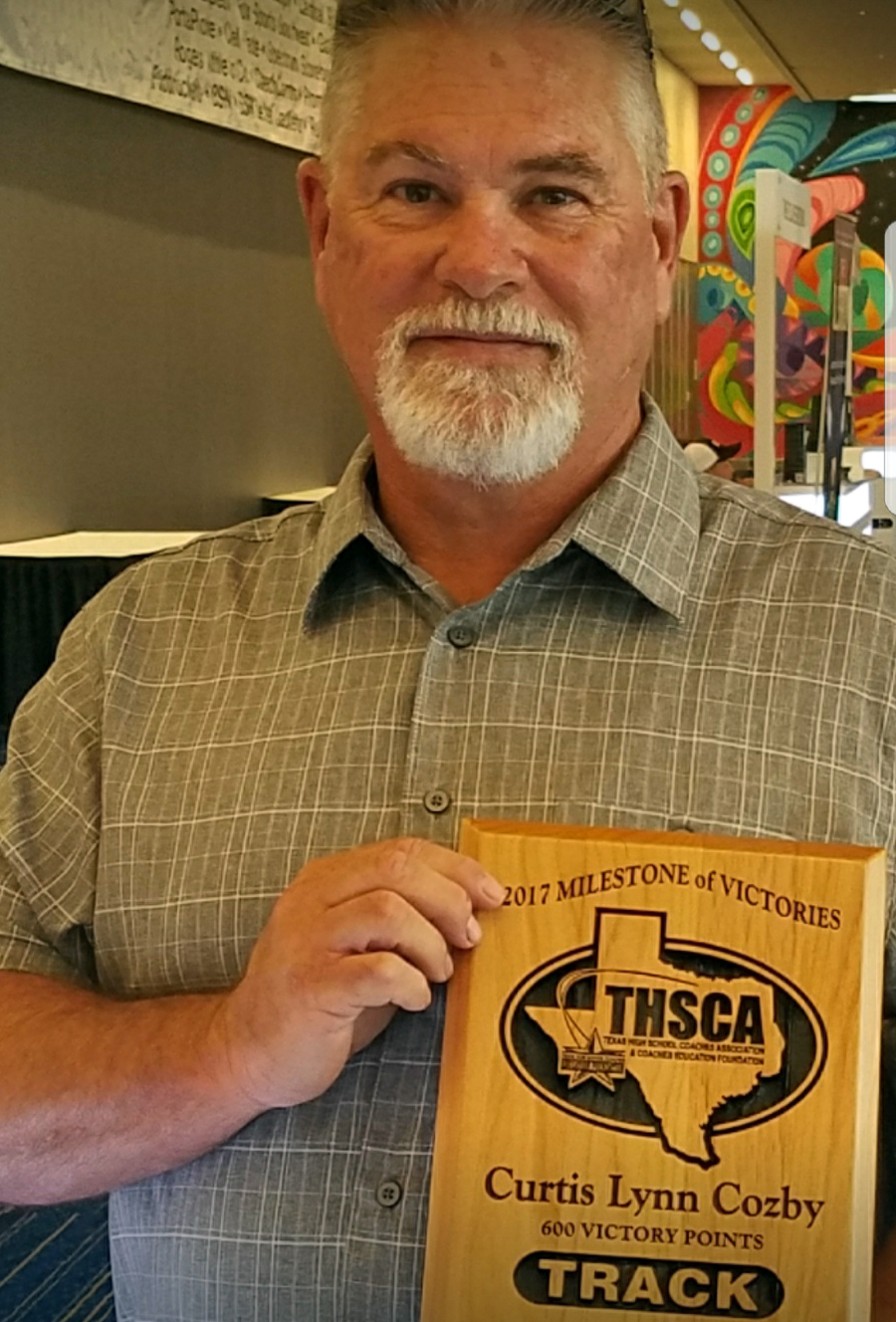 Head Track Coach and coordinator Lynn Cozby was recognized in July during the Texas High School Coaches Association annual coaching convention in Houston for achieving 600-points during his career. THSCA accumulates points based on years of experience, team, and individual championships. The breakdown is as follows:
• 10 pts-each year as varsity head coach
• 10 pts-each team district championship
• 1 pt-each regional qualifier (per event)
• 3 pts-each state qualifier (per event)
• 20 pts-team regional championship
• 30 pts-team state championship
“This accomplishment could not have been achieved without the many years of great athletes,” stated Cozby. “In addition, it could not have happened without great assistants and great support from the Devine Nation. I gained a lot of my knowledge about track and field from some of the best coaches in the state of Texas. I feel they were a true blessing.”
Last season, Cozby bumped his team championship total to 21 district championships in 23 seasons and added an Area championship by the Arabian track team. Twenty-three individuals advanced to Regional in Kingsville while two of those advanced to the State Meet.
By Jerel Beaty
Staff Writer