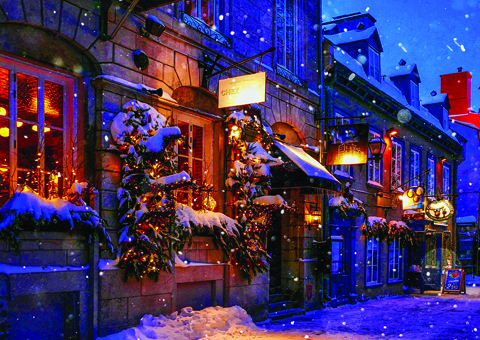 Holiday cheer looks to arrive earlier this year after the Devine City Council discussed the need to purchase more holiday decorations and put them out sooner during the budget workshop portion of the Special meeting held last Tuesday, August 31.
“I don’t know how much it’s going to cost,” Mayor Cory Thompson said. “I don’t really care at the moment, I just don’t want to be raked through the coals again because of our Christmas decorations.”
Council last discussed holiday decorations following complaints from residents that the banners the City hangs from power poles throughout town are not adequately festive.
Thompson pointed out that Hondo and Lytle have vacant grassy areas along main streets that are decorated each year, while Devine lacks City-owned spaced to do the same.
“We literally have the space in front of the Community Center out here and the space in front of the City Hall,” Thompson said. “Four Corners isn’t ours, Four Corners is technically Garden Club.”
The Garden Club and the Chamber of Commerce decorate Four Corners for the holidays each year.
“I know they’re lacking help,” Thompson said. “I don’t know how to get them help, because we as the City can’t help them, so to speak. They are a private club.”

Thompson said the biggest property owners along Hwy. 173 are St. Joseph’s Catholic Church and the First Baptist Church, and that there are several other churches along Hwy. 132.
“If they could get on board, so to speak, and actually decorate their front somehow, that would go a long way because they have property that the City doesn’t have,” Thompson said.
District 5 Councilwoman Debra Randall pointed out that the Chamber sponsored the “Let it Glow” decorating contest in 2020 and volunteered to find out if the competition was still in the cards for this year.
Randall also said she would reach out to the Garden Club to see if they need help decorating Four Corners, while District 2 Councilwoman Angela Pichardo volunteered to speak to people in her district.
Pichardo suggested that in addition to lights, businesses could decorate their front windows.
“Possibly that will give us a boost with the decorations that we already have,” Pichardo said. “And maybe order some new ones.”
Thompson also requested that the City’s banners be hung before Thanksgiving as they say “Happy Holidays” rather than singling out Christmas or other holidays.
Council was set to discuss the upcoming 2021-2022 fiscal year budget again in another Special meeting scheduled for press day on Tuesday, September 7.
By Marly Davis
Staff Writer