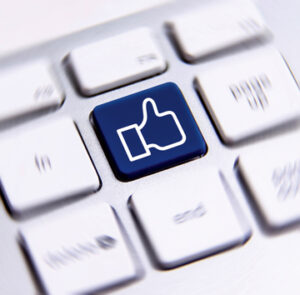 In acknowledgement of 21st century operating norms, the Devine City Council adopted social media policies for Council members and City employees in a 2-1 vote during the Regular Council meeting held last Tuesday, August 18.
City Attorney Tom Cate presented the policies, which will be inserted into the City’s personnel policy as Section Thirty, Social Media Policy for City Council, and Section Thirty-One, Social Media Participation Policy for City Employees.
Both policies outline general guidelines for social media use as well as information about records retention. The employee policy also includes sections on employee use of City social media accounts, prohibited activities, and public comments, while the Council policy has sections on commenting on City social media accounts, the use of personal social media accounts, and the use of official social media accounts.
The policies do not name any specific social media platforms the City may adopt, or which employees or positions may be charge of running or updating any social media account.
“Who runs the City website, the City Facebook site?” District 5 Councilwoman Debra Randall asked. “I thought we were getting a social media package, so not just what a City employee can do and what a City Council person can do, but what can the City do?”
Mayor Cory Thompson pointed out that the policies don’t specify which City departments are going to have social media sites or who would be in charge of updating them.
“This is just for employees and Council people,” Randall said. “I don’t know that I’m willing to accept this not knowing what the rest of the policy says.”
Cate asked if Council wanted a policy for the City as an organization to consider alongside the employee and Council policies.
“I would prefer that,” Randall replied.
“We need to know exactly what departments we’re trying to set up to communicate with the public,” Thompson added.
Cate explained that what was being discussed was the Council use of social media and employee use of social media.
“Those two belong in the personnel manual,” Cate said. “The third one that we’re talking about is the City’s policy as to the departments. That doesn’t apply to personnel, that just applies as an organization.”
District 3 Councilman David Espinosa asked if the Council and employee policies could be adopted while a separate policy for the City as an organization was being written. Cate replied in the affirmative, and Espinosa made the motion to adopt the Council and employee policies. District 2 Council Steve Lopez seconded the motion.
“I don’t think that we should set something into policy for each of us and employees when we don’t even know what the City’s is,” Randall said. “How can we say, ‘You, Mr. Chuck [Guzman, District 4 Councilman], have to follow these rules,’ but we don’t know what the department heads’ are?”
Randall voted against the Espinosa-Lopez motion and Guzman and District 1 Councilman Rufino Vega both abstained, leaving the motion to pass 2-1.
Council also discussed the need to have a workshop to review and update the personnel policy as a whole.
By Marly Davis
Staff Writer