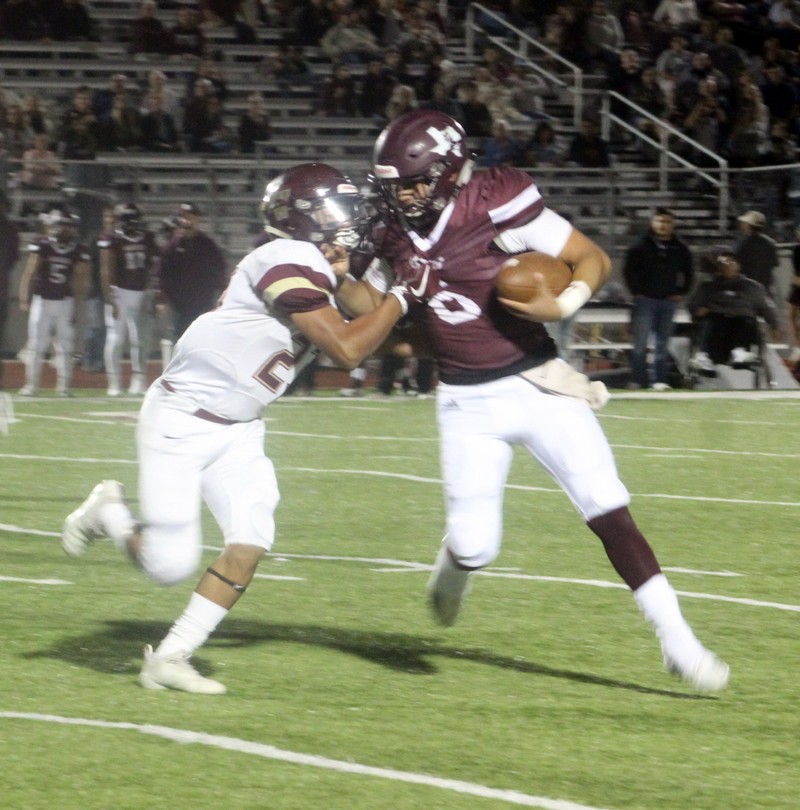 One game to go in the season and the Devine Warhorses could finish anywhere from Tri-Champs with Hondo and Crystal City or could finish as low as the third place seed depending on what happens in the Hondo-Crystal City game that is also played on Friday night.
With that game totally out of anyone’s control other than the players on the field in Crystal City, Devine has its own game to worry about.
“This will be an emotional night for several of our players as it will be the last home game for our seniors,” said Head Coach Paul Gomez. “We are going to try everything in our power for us to have a successful night and make this a memorable night for those guys.
We always talk about practicing with the intensity and focus that you would have on game day, which is the only way that it should be done. I think our kids have bought into that and they know what it takes to be ready.
Many scenarios could happen and change where we are seeded in the district standings and where we go in the playoff bracket but most of that stuff is out of our control. The only thing we can control is how we prepare and how we perform as a team on game day. Focus and intensity is key. We have to treat this game like a playoff game.
I hope that we can have a playoff-type atmosphere at Warhorse Stadium by having our stands packed. Carrizo is a scrappy team with a lot of team speed. They have players that can score on any given play. They play hard and Coach Will Cockerill does a great job with his team. He will have them ready to go so our effort has to be better than their effort. I know our boys will be ready to go.”
Kickoff is set for 7:30pm.
By Jerel Beaty
Staff Writer