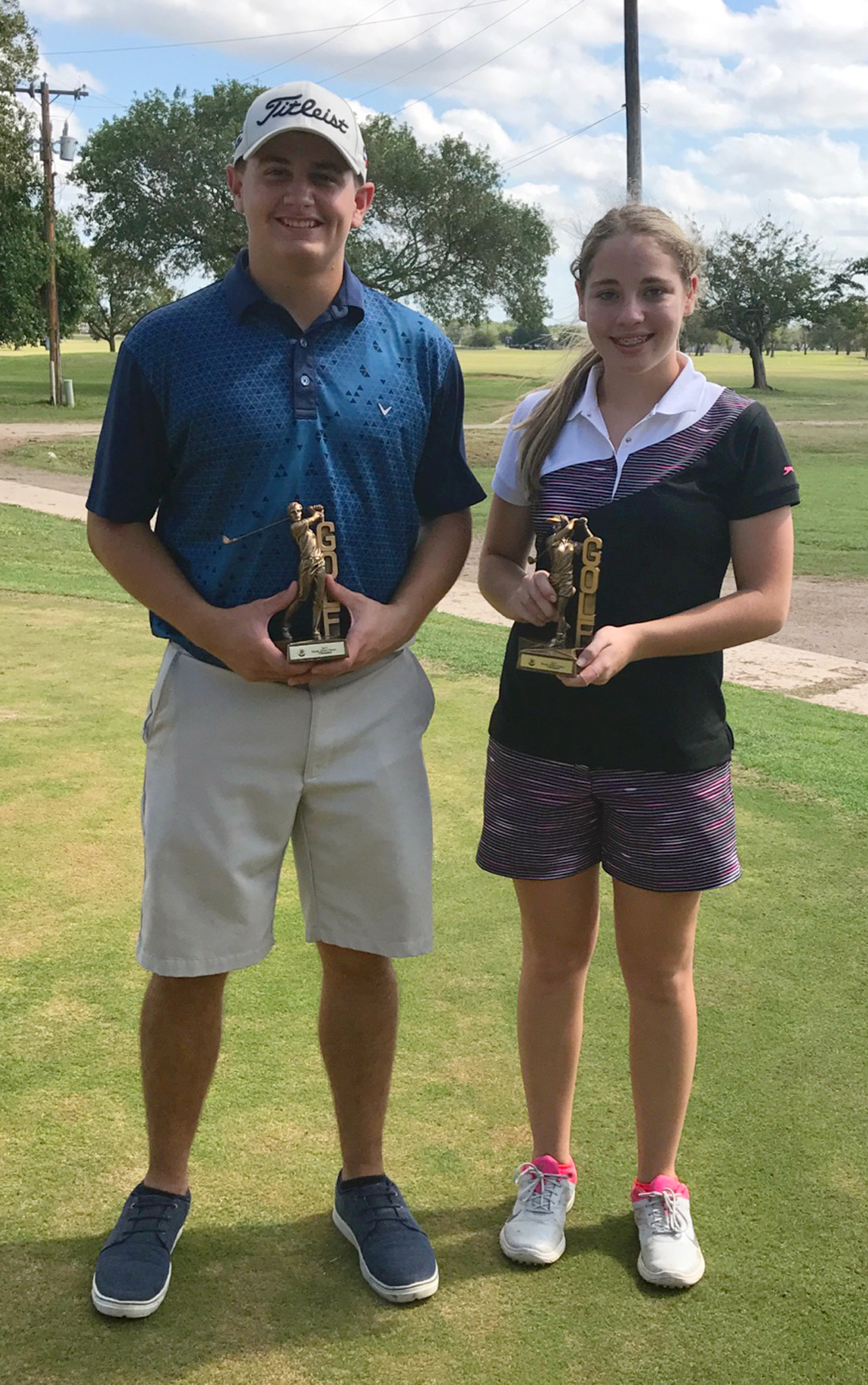 Devine junior Kayla Busby-Wofford shot a 105 to claim the championship of the 2017 Hondo Junior Golf Classic that was sponsored by the Hondo Golf Course last Saturday. Senior Brice Champion scored a 67 to claim the male championship. The tournament consisted of amateurs between the ages of 14 and 17 only. Shelby Spivey, Brandon Flues, Kyler Brown, and Ricky Gollrad also competed in the non-school sponsored event.
Kayla and Shelby were key members of the Arabian golf team that advanced to regionals during the spring of 2017. Playing in tournaments such as these will hopefully help them achieve their state tournament aspirations.
Flues shot a 67 in the boy’s division to finish in second place, Brown shot an 87 to finish 3rd, and Gollrad shot a 113. Brandon was an alternate member of the state qualifying Warhorse golf team last year. Ricky was on the JV squad and Kyler is hoping for a chance to get to play on this year’s team.
By Jerel Beaty
Staff Writer