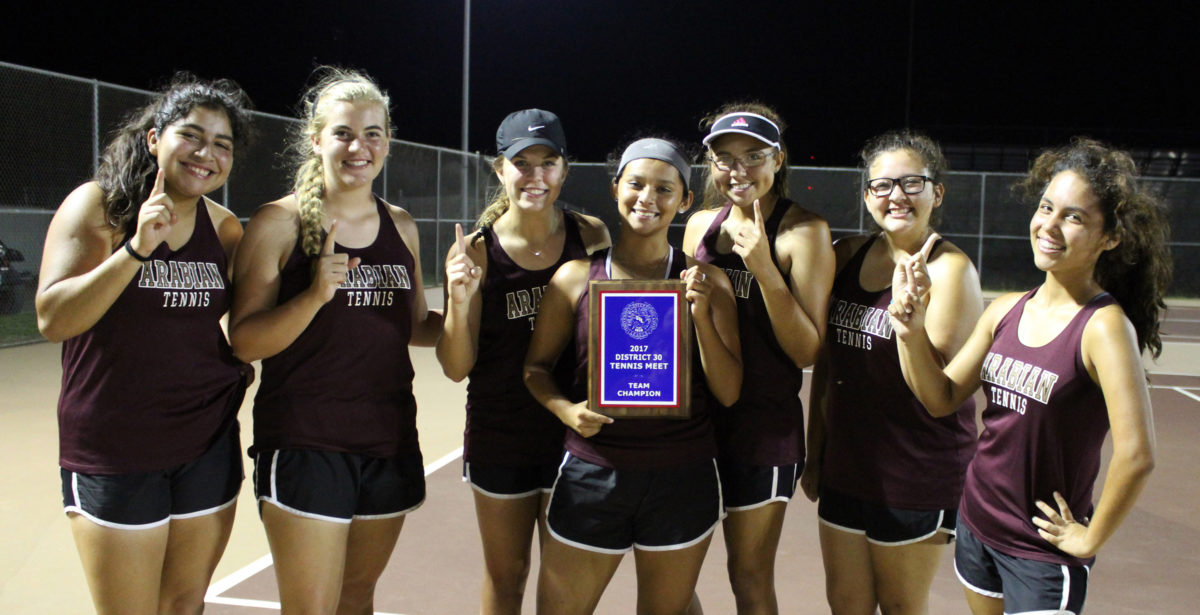 On October 19, 2017 Devine Team Tennis traveled to Calallen High School for the Area Match against Port Isabel.
Competition began with 7 doubles teams taking the courts. After battling through, Devine was on top 4-3. The #1 Arabian team of Spannagel/Quisenberry split sets and lost their tie breaker to a very gritty Port Isabel team. The #1 Warhorse team of Harrell/Ramos lost their match in two sets. Both the Arabian and Warhorse #2 teams won their matches. Smith/Zapata won in two sets. Rios/Zuercher also won in two sets. After a long battle, #3 Warhorse team of Zenon/Barron lost, splitting sets and losing the tie breaker. The Arabian #3 team of Serafin/Flores won their match in two sets.
Once the doubles matches started coming off. The singles matches began. Arabians Preslee Quisenberry and Malvin Flores both won their matches giving the team two more points.
Ralph Rios, Jake Harrell, and Caeden Alvarez came up with victories to add three more points.
At the end of five long and very exciting hours of battling on the courts, Devine came up short by only one match with a score of 9-10. Port Isabel is the Area Champs and will play La Feria this week for Regional Quarter Finals.
Devine Team Tennis ended their season as 2017 Bi-District Champs for District 30AAAA.
All-District Selections are as follows: District MVP honors went to Ralph Rios and Lindsey Spannagel of Devine, Boys Newcomer of the year went to Matthew Garcia of Pleasanton and Desmond Givens of Beeville and Girls Newcomer of the Year went to Lauren Dowdy of Pleasanton.