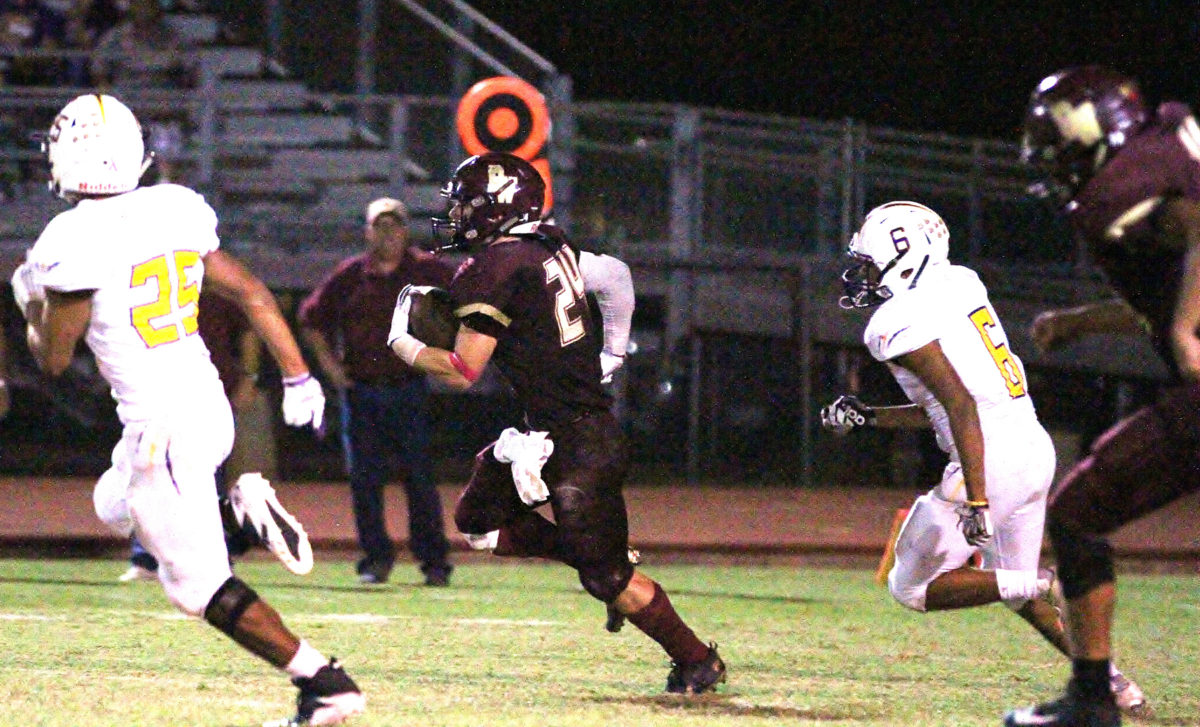 Devine has started its District 29-4A schedule with consecutive home wins against Lytle and Carrizo Springs. The Warhorses look to increase their win total on their first road trip in nearly a month when they make the short trip to Poteet Friday night. Poteet is desperate to get a district win at this point.
“Poteet has some big kids that are very athletic,” according to Head Coach Paul Gomez. “They will play their best game against us and we have to be ready to match their effort. I tell the team that every game is a playoff game from now on so that is how we will prepare.
Poteet has a really good running back in Anthony Ambriz. He is a strong explosive runner that runs behind a big offensive line. We will be ready for the challenge. They have some good-sized receivers with Sonny Orosco and Richard Espinoza that are capable of making plays. Defensively they run a 3-3 stack defense that stunts and aggressively attacks you. They have been able to make some big plays in their games so we have to be ready and have to have a great week of practice.”
Poteet is 2-6 on the season and 0-2 coming into this district game. The Aggies defeated Karnes City 14-12 on September 22nd and beat Sabinal 18-6 on October 6th.
Kickoff is set for 7:30 pm in Poteet.
By Jerel Beaty
Staff Writer