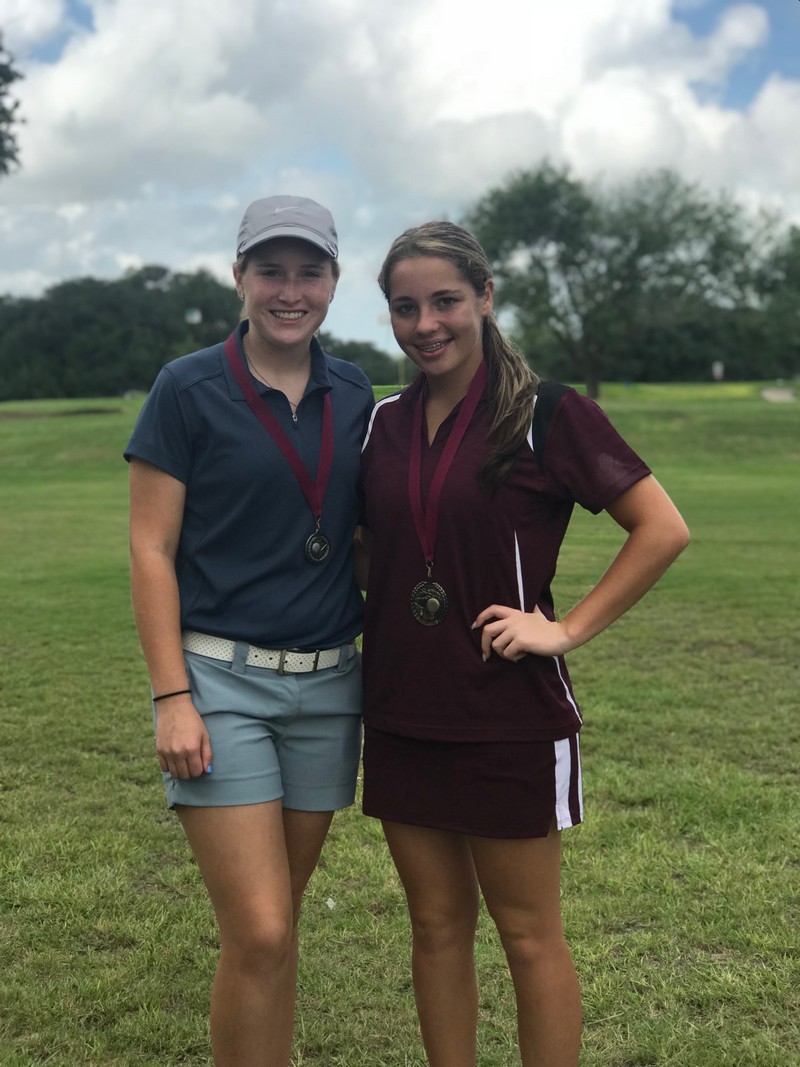 Nothing like a little golf in the fall. The Arabian and Warhorse golfers took to the links at Devine Golf Course Monday morning competing in the first fall golf tournament in recent memory.
Arabian Kayla Busby finished as the 1st place medalist, shooting a 90 in the process. Fellow Arabian Shelby Spivey captured second with a 101 score. Paige Williamson took 5th.
On the Warhorse side, Ricky Gollrad finished second with an 85, which was only one stroke behind winner Travis Garcia of Somerset who shot an 84.
Brandon Flues (92), Noah Tumbarello (95), Denton Zuercher (106), and Charles DuBose (110) also competed in the tournament.
The teams compete in Hondo on Monday, October 15.
By Jerel Beaty
Staff Writer