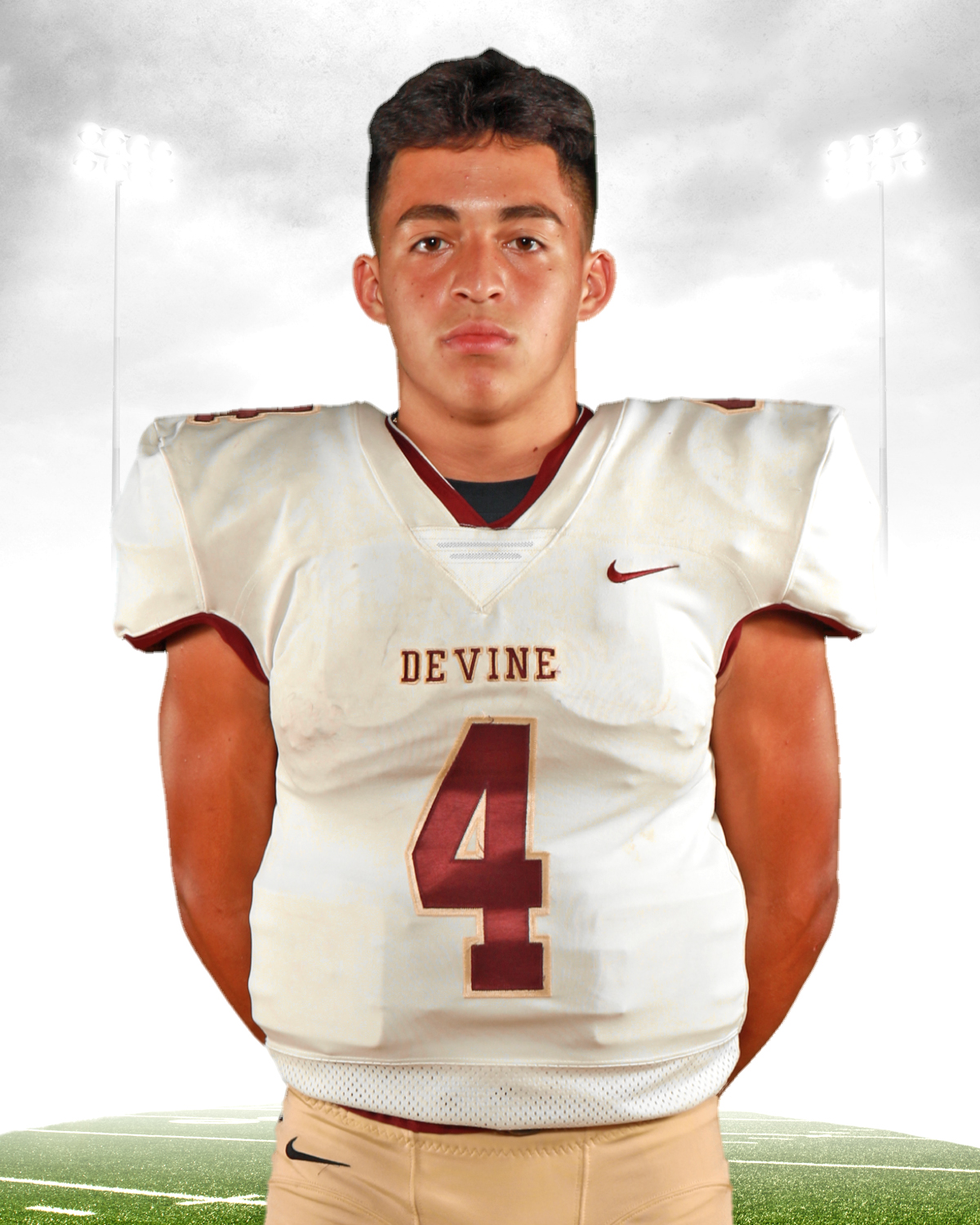 The San Antonio Express-News picks a Player of the Week to go along with three ‘Game Ball’ nominees each week to spotlight standout performances by high school football players.
In Tuesday’s edition, ‘Game Ball’ recognition went to Devine’s Buddy Santos for his outstanding performance versus Uvalde last Friday night in the Honey Bowl. The night could not have turned out any sweeter for Buddy as he rushed 28 times for 241 yards and four touchdowns.
Santos dominated the rushing stat line for the game but he also caught two passes for 29 yards and another score. Altogether, Santos accumulated 270 all-purpose yards and scored five touchdowns in the Warhorses thrilling 49-48 victory.
Also receiving ‘Game Ball’ recognition was the Coyotes quarterback Donovan Davila. Davila passed for 373 yards and six touchdowns in defeat.
By Jerel Beaty
Staff Writer