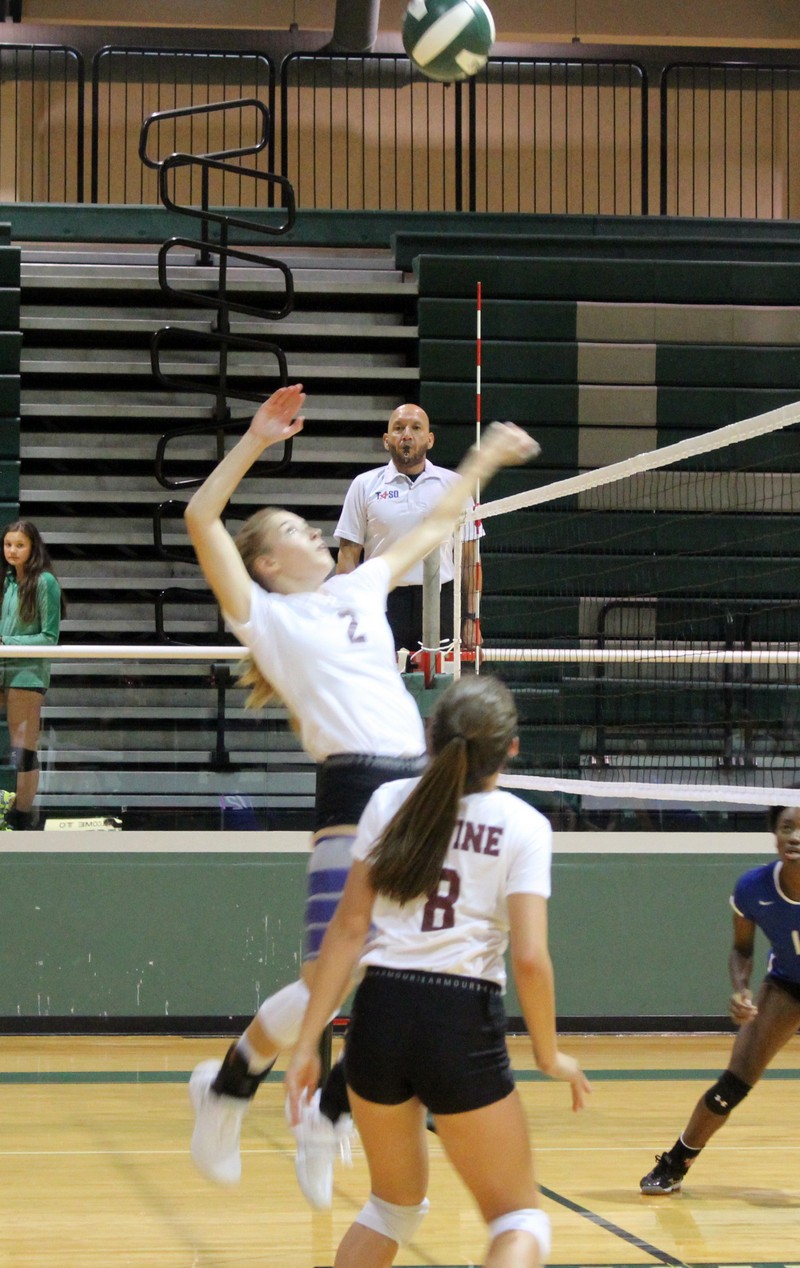 Tuesday night found the Varsity Arabians on the road to play Bandera in a pre-district game. It was a tough back and forth between the two strong teams, but Bandera came out on top 3 matches to 2. Devine started off losing their first match, 21-25, but turned it around to win the two matches, 25-17 and 25-21. But it was in the fourth game that Bandera took the lead and won 25-17 to force a fifth match. The Arabians fought hard in the last match but Bandera barely won 12-15.
“We did some really good things (on Tuesday) but we were off offensively. I thought the girls really picked up their intensity on defense as the night went along but we couldn’t finish the rally like we usually can. We also had a lot more serving errors than usual. But we are getting better as a team and really learning each other on the court and building trust in each other.” – Coach Leigh Anne McIver
Kaylee Howard and Sara Moreno each had 2 aces. Sierra Pompa had 18 kills, Dana Aaron 2, Alissa Stele 10, Megan Runyan 7 and Madison Pike 1 kill. S. Pompa 2 assists, Moreno 1, Macey Hein 32, and Runyan 1 assist. Stehle 1 block, Runyan 1, and Pike 4 blocks. S. Pompa 30 digs, Aaron 1, Stehle 25, Moreno 8, Howard 14, Gabby Rodriguez 13, Hein 20, and Runyan 4 digs.
Marion at home on Friday, August 31st and then in La Vernia on September 4th.
By Dicy Chambers
Sports Writer