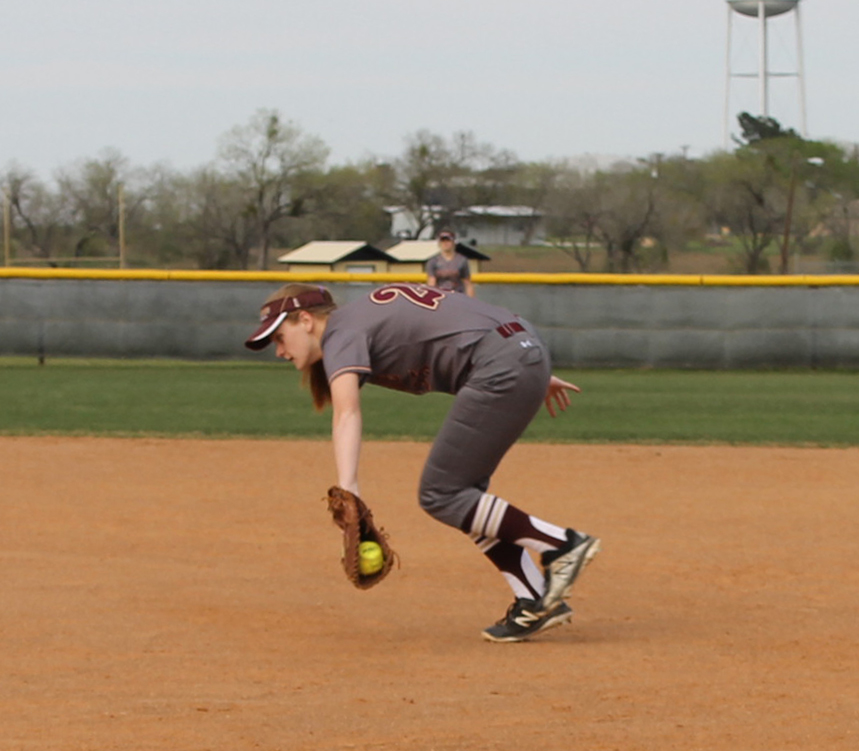 There is still a lot of fight in the Arabians as they took a stand last Friday evening against the Crystal City Lady Javalinas. Off to an early lead they put six on the board in the 2nd inning. Megan Runyan led off when she beat out a throw to first for an infield hit. Allyson Taylor moved her over with a hard hit ball to third base and Halle Hagdorn loaded the bases with a walk. Mackenzie Schneider lined to left field scoring Runyan followed by a Julie Ortiz base hit that scored Taylor. Hagdorn tagged on a fly ball to right by Taylor Carr, Jeanette Rios walked. Schneider tags on a fly ball to center field by Kendall Arche and Ortiz and Jeannette Rios score on wild pitches.
In the third inning, Taylor led off with a single and due to some heads up base running took second as well. Hagdorn drove a ball off the right field fence to score Taylor from second. Arche ripped a double two errors allowed two more runs to cross the plate and the Arabians were knocking on the door to a short evening. Hagdorn leads off in the fifth needing one run to close out the game. Behind in the count 1-2 she unloaded on the ball for a walk off homerun the not only cleared the fence but the trucks behind the fence as well. The final score was 10-0 Devine.
With no defensive errors, the Arabians’ pitcher Taylor Carr pitched a great game recording five strikeouts, gave up three hits and had no walks.
Batting stats for the Arabians: Carr had a batting average of .1000 with a double and a walk RBI, Arche had a batting average of .500 with a double and an RBI, Schneider had a batting average of .500 with one single and an RBI, and Hagdorn had a batting average of .1000 with a walk a double, a walk off homerun and two RBIs.
The Arabians are 4-3 in district and depending on last night’s game will determine their play off spot. The Bi-District game must be played by April 28th.
By Dicy Chambers and Mark Mangold