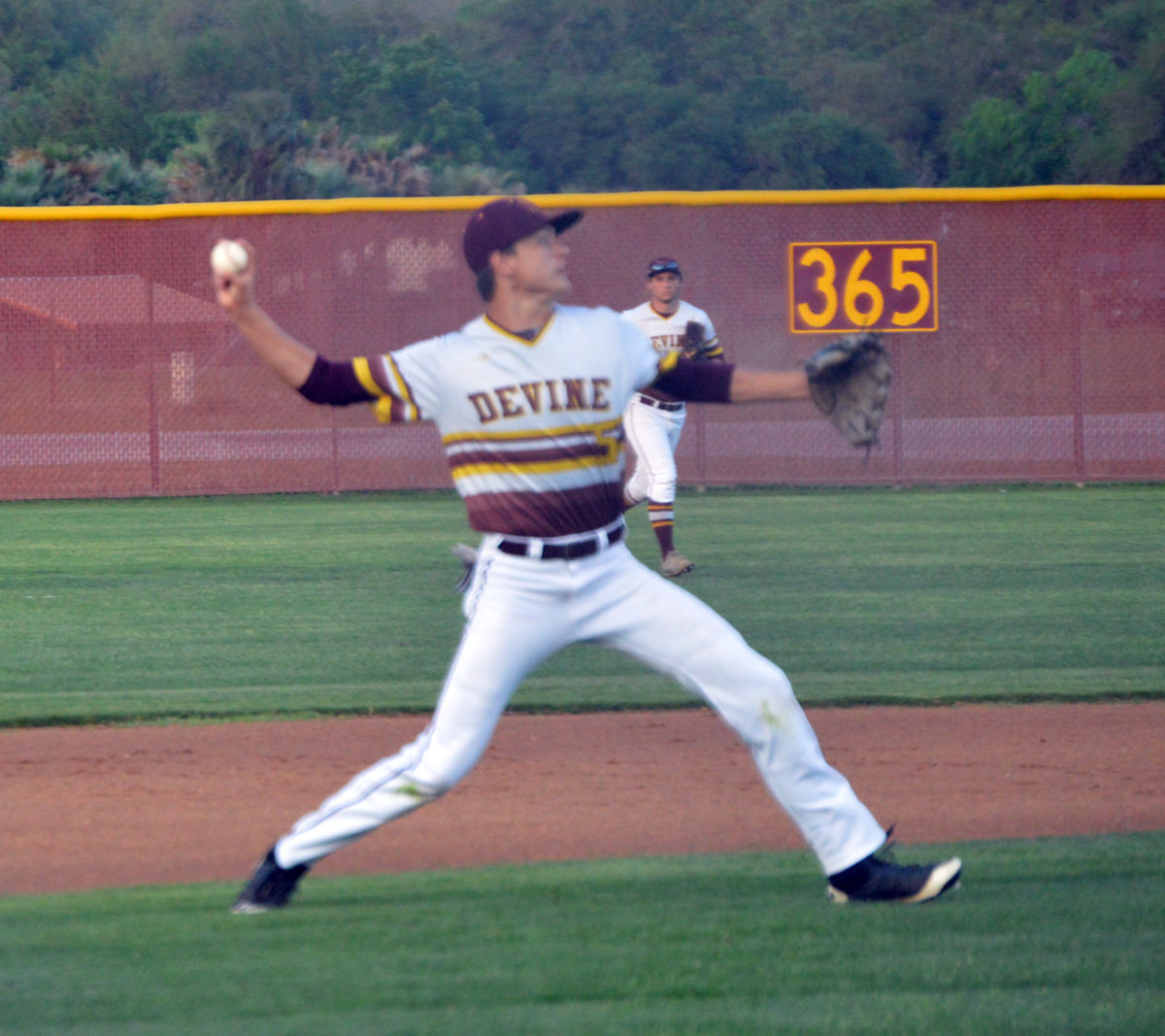 The Varsity Warhorses made quick work of beating Crystal City last Friday with a final score of 0-15. The game took place at home and pitchers Connor Schmidt and Isaac Solis only allowed one hit between them. Schmidt pitched 44 strikes in 62 pitches and Solis had 10 strikes in 13 pitches.
Devine took the lead early in the bottom of the first with Truett Barron hitting a double and hitting in Kyler Brown and Gherig Runyan. Matt Ornelas doubled and Barron scores on the next play. Ornelas scored on a passed ball and Chad Lawson hit a line drive to center for the third out, making the score 0-4.
The second inning went quickly but in the bottom of the third the Warhorses scored 6 runs. Newt Crouch scored after Crystal City’s third base man made an error and with a single from Ornelas, Barron scored. 2 outs, Brady Harrell was walked with bases loaded forcing Ornelas home. Another single from Brown allowed Chad Lawson and Tristan Kramer to score making the game 0-9. Harrell scored off of Crouch’s single. The inning ended 0-10.
Bottom of the fourth, bases loaded again, Harrell walked forcing Jerrod Taylor in. Brown single and Lawson and Kramer quickly scored. Crouch singled and Harrell scored and the final run for the Warhorses came when Joseph stole home.
Batting stats: Schmidt 1 single, Brown 3 singles, Crouch 4 singles, Lawson 1 double, Ornelas 1 single and 1 double, and Barron 1 single and 1 double. The Warhorses had 4 stolen bases and 1 error. The Warhorses have one district game left against Lytle April 24th and a non district game against Boerne April 20th. The Warhorses’ district record is 5-1.
By Dicy Chambers
Sports Writer