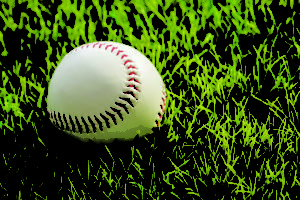 The Natalia Mustangs were able to get back on the road toward a playoff berth, as they picked up a lop-sided road victory versus the Cole Cougars on April 10th.
“We got off to a slow start against Cole,” Coach Philip Martinez said. “As I had reviewed their results, they had been scoring some runs, so I knew we would have to play well defensively to stop them.”
The Mustangs were able to out-hit the Cougars 12-5 en route to a 20-3 victory. Natalia broke open a scoreless game in the 2nd inning, scoring a run. The Stangs went on to score five in the 3rd, six in the 5th and eight in the 6th inning of play.
Cole scored their three runs in the 5th inning of play. Natalia surrendered a single defensive error, as Cole committed nine.
“Diego Zapata did a great job on the mound allowing 0 runs,” Martinez said. “He struggled at times, but was able to get us out of jams. Offensively, we didn’t take good at bats the first time around. We made some minor adjustments at the plate and capitalized on their errors.”
At bat: AJ Felker 2-4-3runs scored-1RBI, Isaiah Gomez 2-5-2runs scored-2RBIs, Jeremiah Castro 1-5-2runs scored-3RBIs, Cade Fregia 0-2-3runs scored-1RBI, Zapata 0-4-2runs scored-1run scored-1RBI, Uriel Arellano 2-4-2run scored-2RBIs, Wyatt Woodson 2-3-2runs scored-3RBIs, Dustin Richardson 0-3-1run scored, Matt Billalobos 1-1-2runs scored-1RBI and Matt Contreras 1-3-2runs scored.
On the Mound: Zapata pitched 4.0, allowed two hits, struck out five and walked three. Gomez pitched 2.0, allowed three hits, three runs (earned) and struck out one walking one.
By Eric Smith