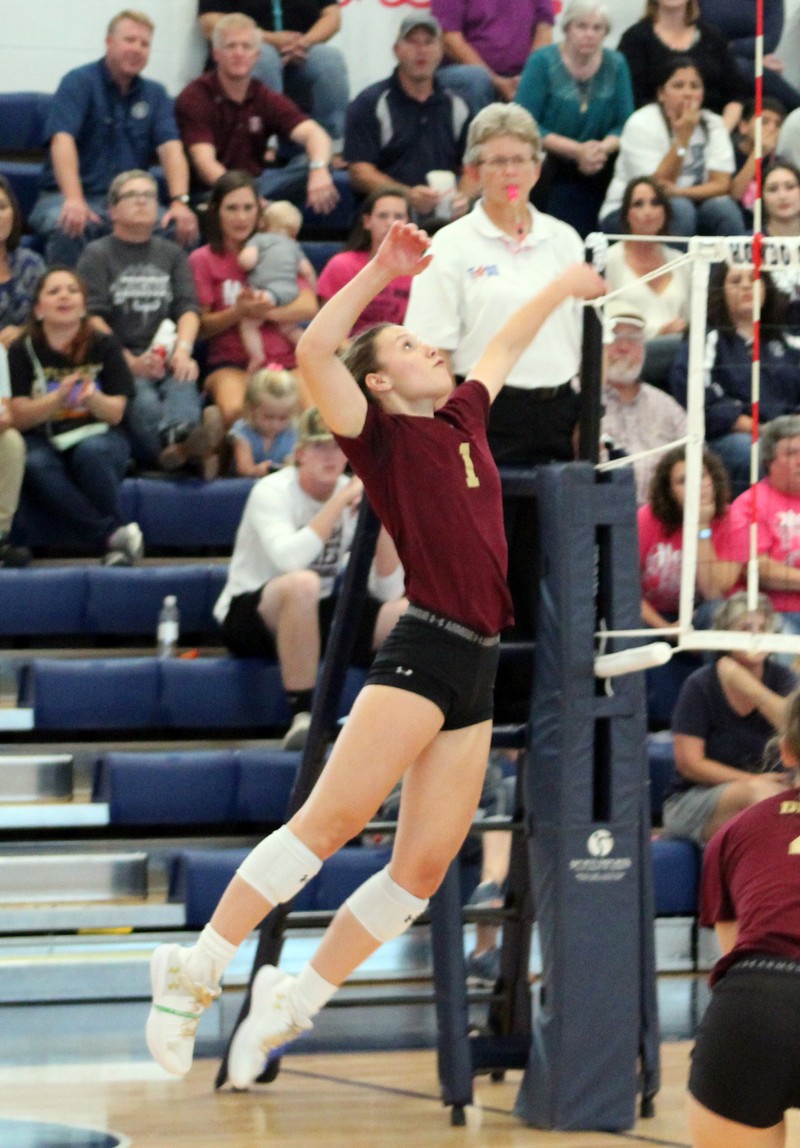 Dig Pink! Was the theme of the Holy Cross game on Tuesday, October 16th. This non-district game was a tough loss for the Arabians at 1-3 but the Varsity team still played a great game. Devine did not let the Holy Cross Knights get away with an easy win with set scores of 23-25, 21-25, 25-21, and 21-25. Each set was a fight for the lead.
“Even though we did not get the win, I thought the girls played a great game! Holy Cross had two girls that could jump out of the gym! But the front row was able to get some touches and some blocks which helped out the defense. But I thought the girls played great all the way around and really responded after the loss last Friday.” Coach Leigh Anne McIver
Sierra Pompa led with 2 aces while Macey Hein, Gabby Rodriguez, Kaylee Howard, and Sara Moreno each had an ace. Pompa led with 22 kills, assisted by Alissa Stehle 6, Megan Runyan 3, and Dana Aaron 2. Hein led with 22 assists, while Stehle and Rodriguez had 2 each and Pompa, Aaron, Moreno, Runyan, and Madison Pike each had 1. Pike had 3 blocks, Pompa and Aaron each had 1. Rodriguez led with 33 digs, followed by Pompa with 22, Stehle 14, Hein 13, Moreno 10, Howard 5, Aaron and Runyan with 4 each, and Pike 1.
By Dicy Chambers
Sports Writer