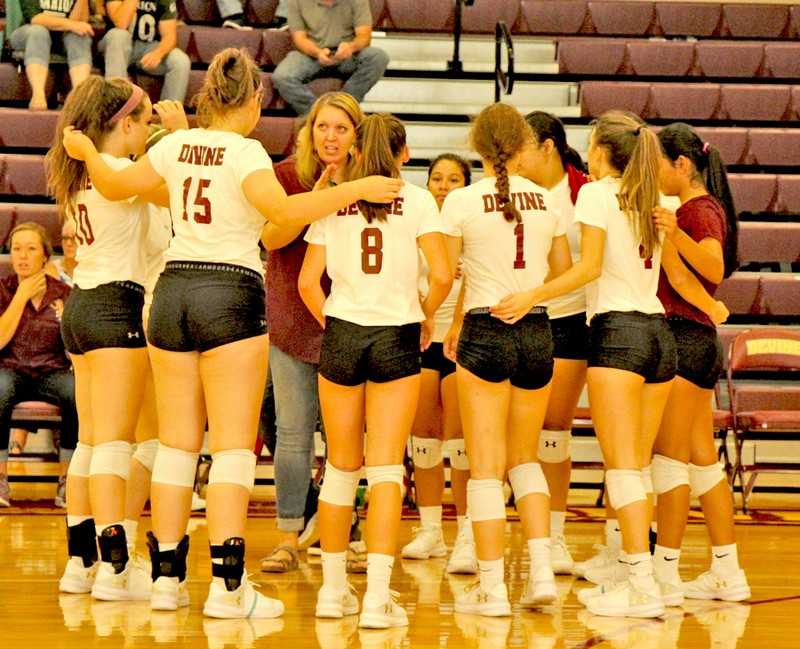 In a tough match up against the ever-tough Poth Pirates (19-10), the Arabians fell in a three set game. Both the first and second sets ended 19-25 but the Arabians fought hard and made Poth fight for both wins. Down but not out, the Arabians never gave up and continued to fight in the third set but Poth still came out on top 22-25.
“We played up to our potential tonight! We made some great digs on defense and really put some pressure on Poth. We just could not finish the sets, but we took some big sets forward this game and really showed what we are capable of” said Coach Leigh Anne McIver.
Sierra Pompa had 4 aces, Sara Moreno and Macey Hein each with 1 ace. S. Pompa 13 kills, Alissa Stehle 5 Megan Runyan, Dana Aaron, and Hein each had 1 each. Freshman setter Hein had 15 assist while Stehle, Madison Pike, Gabby Rodriguez, Moreno, and S. Pompa each had one. Pike had 2 blocks and Jasmine Pompa had 1. Rodriguez had 22 digs, Stehle 20, S. Pompa 16, Moreno 12, Hein 4, Kaylee Howard 3, Aaron, Runyan and Pompa 2 each, and Pike 1.
Friday night’s game against Fredericksburg was canceled due to the rain and district starts Friday in Carrizo Springs at 4:30 pm. Currently the Arabians have a 13-14 record.
By Dicy Chambers
Sports Writer