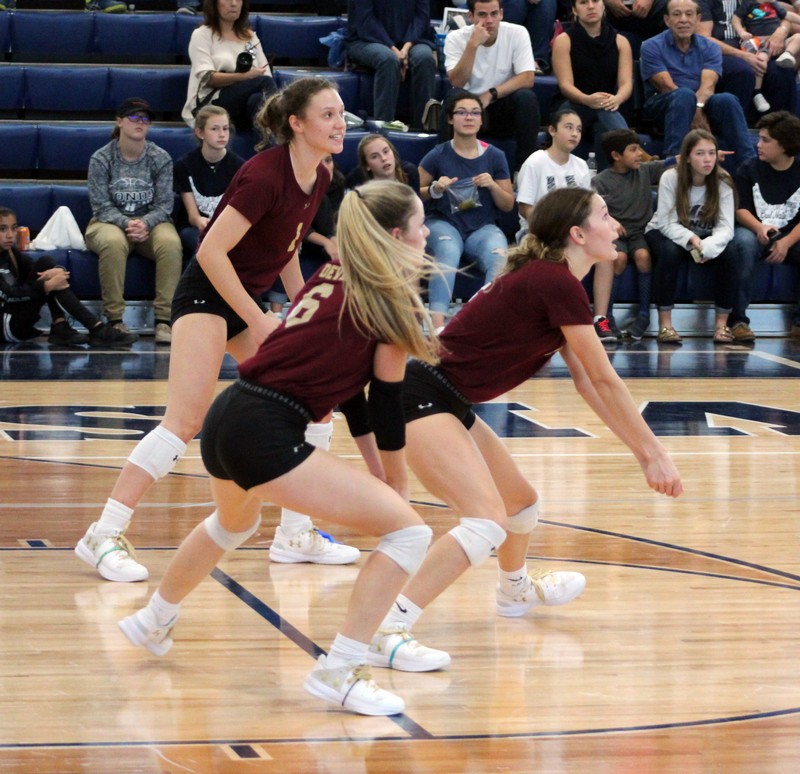 Continuing on their district winning streak, the Varsity Arabians crushed Carrizo Springs on Tuesday, October 9th in three game sets. With set scores of 25-14, 25-23, and 25-22, Coach Leigh Ann McIver said, “I thought we did some really good things in set 1. Set 2 and 3 I think we got too comfortable at times, but the girls fought back and that takes a lot. Needless to say we are one step closer to one of our goals.”
Playing an aggressive game, Senior Sierra Pompa had 22 of the 43 team kills, 2 aces, and 21 digs. Gabby Rodriguez had 1 ace. Megan Runyan had 8 kills, Alissa Stehle 5, Dana Aaron 4, Madison Pike 2, and Macey Hein and Clarissa Zamora with 1 each. Hein had 34 assists as setter, Stehle 5, Rodriguez 2, and Sara Moreno 1. Stehle led with 24 digs, followed by Moreno 17, Rodriguez 12, Kaylee Howard and Hein 7 each, and Aaron and Pike with 4 each. Pike also had 2 blocks and Runyan 1.
Friday night was a tough night for the Arabians when they suffered their first district loss to rival Hondo. Losing the first two sets, Devine came back to win the third set but it was not enough to win the match which ended in 4 sets with scores of 20-25, 21-25, 25-16, and 19-25.
Pompa served 4 aces, Moreno, Howard, and Hein with 1 each. Pompa had 24 kills, Stehle 4, Rodriguez and Hein 3 each, and Aaron 1. Hein had 28 assists, Stehle and Rodriguez 2 each and Pompa 1. Pompa had 30 digs, Stehle 23, Rodriguez 18, Moreno 15, Howard and Hein 9 each, Aaron 8, Runyan 6 and Pike 5. The team had five reported errors.
“Our defense was not as good as it usually is in this game and we were not able to get on a run. I thought we did some great things offensively but this was just not our night. We are still in first place, which is great, but we need to win Friday to secure the district championship! These types of games will be beneficial for us when we get to playoffs. Lots of lessons learned and it just helps become better and stronger as a team.” – Coach McIver
Friday night will be the Arabians last home district game of the season and will face Crystal City, the game will start at 5 pm with freshman and JV following. October 23 will be the Arabians last district game in Pearsall. Currently the Arabians district record stands at 5-1 and overall 19-15.
By Dicy Chambers
Sports Writer