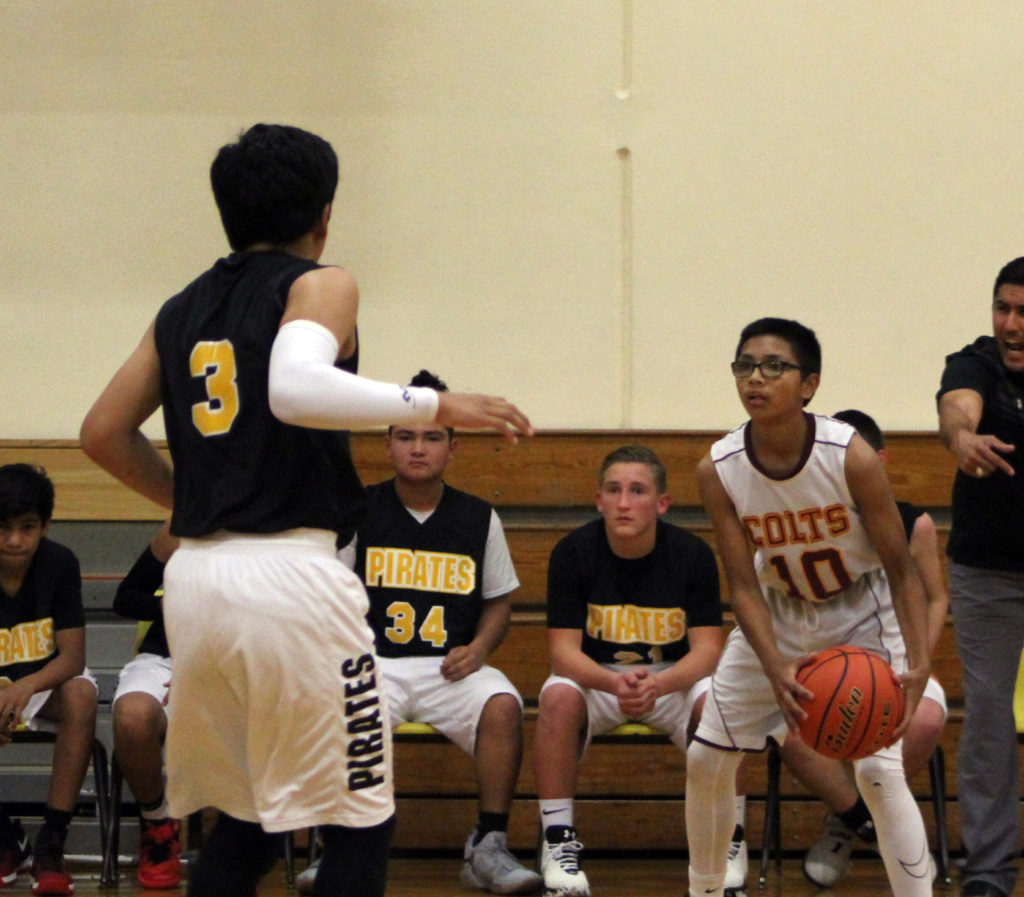 8th Grade B Team
“We struggled this game making shots. The guys started off good in the first half, but came out flat in the second,” stated Coach Lon Cozby. “We just couldn’t make a shot towards the end. Everything just seemed to rattle out!”
The Colts were up 8-4 at the half, however Lytle came back to win by one, 11-12.
Scoring for the Colts were Hadyn Brumage with 4 points, Marcus Espinosa with 3, and Kannon Ramirez and Joey Blanquiz with 2 each.
8th Grade A Team
The Colts A Team were able to beat Lytle 36-26. The Colts held the lead by one (7-6) in the first quarter and added another 9 points to Lytle’s 5 in the second making the score 16-11. In the third quarter the Colts continued to dominate with a score of 26-19.
Scoring for the Colts were Brian Schaefer and Chris Ortiz with 7 each, Robbie Elizondo, Xavier Contreras and Jayce Hackebeil with 5 each, Gabriel Hewtty with 4 and Jay Solid with 3.
“We are getting better and better each game. Our defense was outstanding and led to many fast break points. The kids are starting to feed off of each other. This group has a great “team” mentality and will get the ball to whoever is open,” stated Coach Cozby.
The Colts play at home against Carrizo Springs on Thursday, December 14 and at Pleasanton on Monday, December 18.Both games start at 5 o’clock.