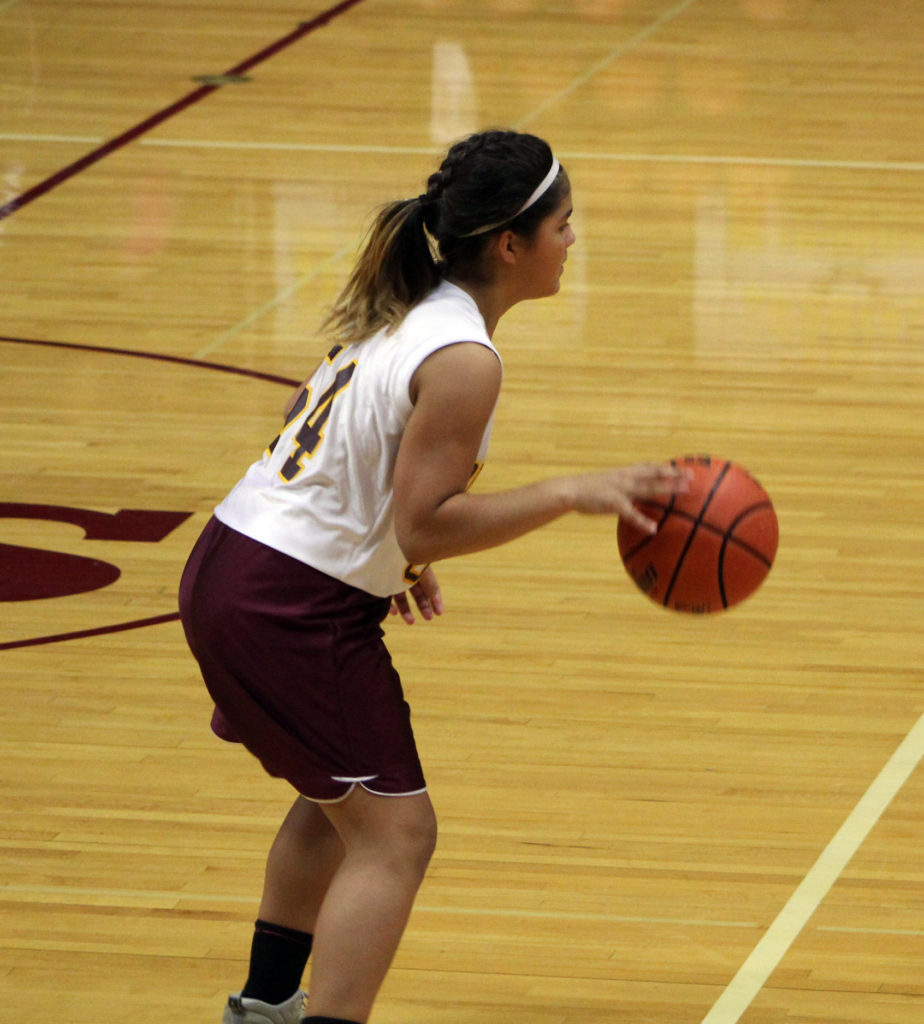 7th Gold
On December 7th, the Gold 7th grade Fillys faced Pearsall and won 26-21. Off to a slow start and trailing the first part of the game, the Gold Fillys picked up the pace and won. Proud of her girls Coach Megan Perez said, “They all contributed to the win and each made little improvements we had been working on in practice.”
Leah Rodriguez scored 14 points, Kayley Carillo and Gabbie Ramirez each had 4, and Ebony Garcia and Rebecca Marres had 2 each.
7th Maroon
Pearsall was no match for the 7th grade Maroon Fillys who won 39-28. The game was close in the first few quarters but once they got their excitement under control, they played better and won. With the help from her team, Angel Tumbarello scored 32 points, Karyann Arche had 5 and Neenah Guerrero 2.
The Maroon and Gold 7th grade Fillys play Carrizo Springs (away) on Thursday, December 14.
By Dicy Chambers
Sports Writer