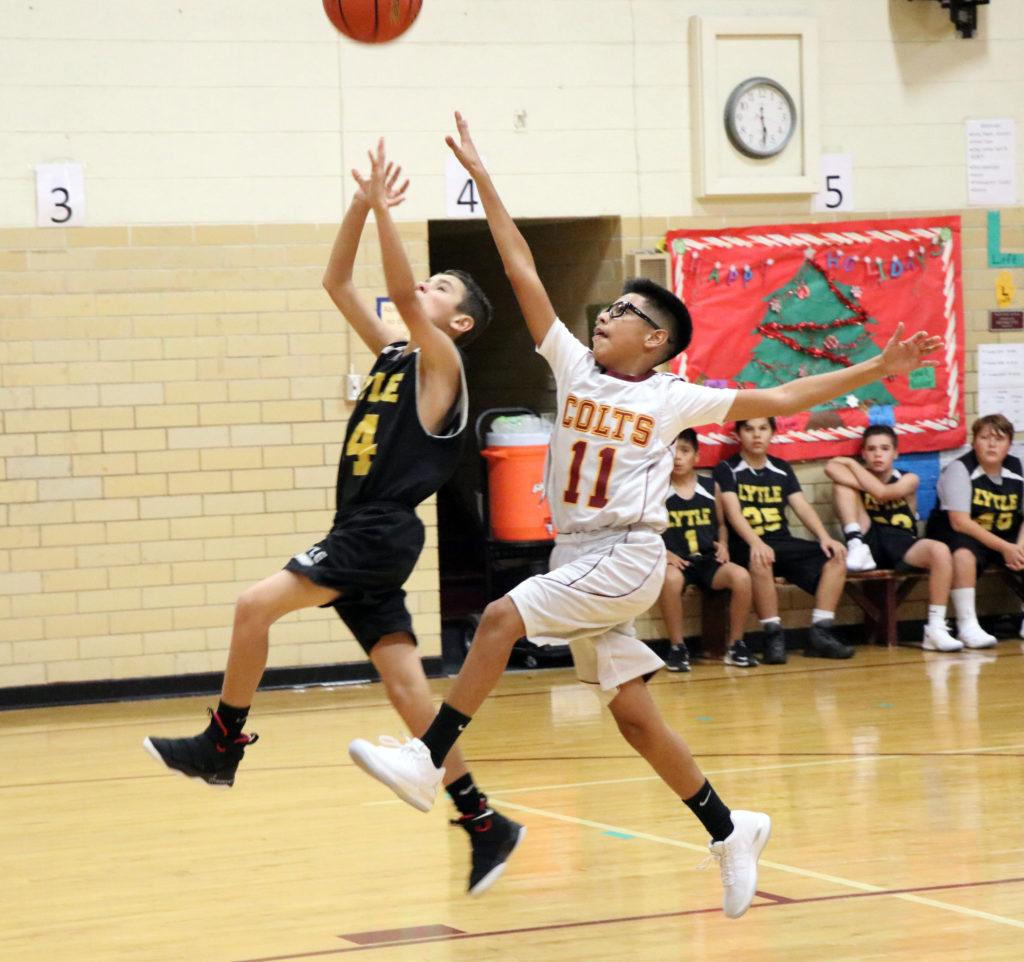 The Gold 7th grade Colts faced Pearsall on December 7th and won 20-4. These young players are learning the game quickly and played aggressively. With this being only their third game of the season, all the hard work in practice is paying off.
“The boys played great. They played with a lot of energy and confidence,” stated Coach Lon Cozby.
Rylan Mata, Ryan Conner, and Andrew Kohlleppel each had 4 points, Thomas Mendoza 3 and Noah Macias and Lokey Aguero each had 2.
7th Maroon
Pearsall was no match for the 7th grade Maroon Colts. With a final score of 27-16, the Colts played well together and made sure every point counted. “Defensively we are continually improving and understanding our man and zone concepts,” said Coach Cozby.
Kaiveri Alvarez and Aiden Zapata each scored 7 points, Jaiden Burford had 3, Caden Hanson, Aaron Saenz, Jacob Antu, Nicholas Ortiz and Logan Camarillo each had 2 points.
By Dicy Chambers
Sports Writer