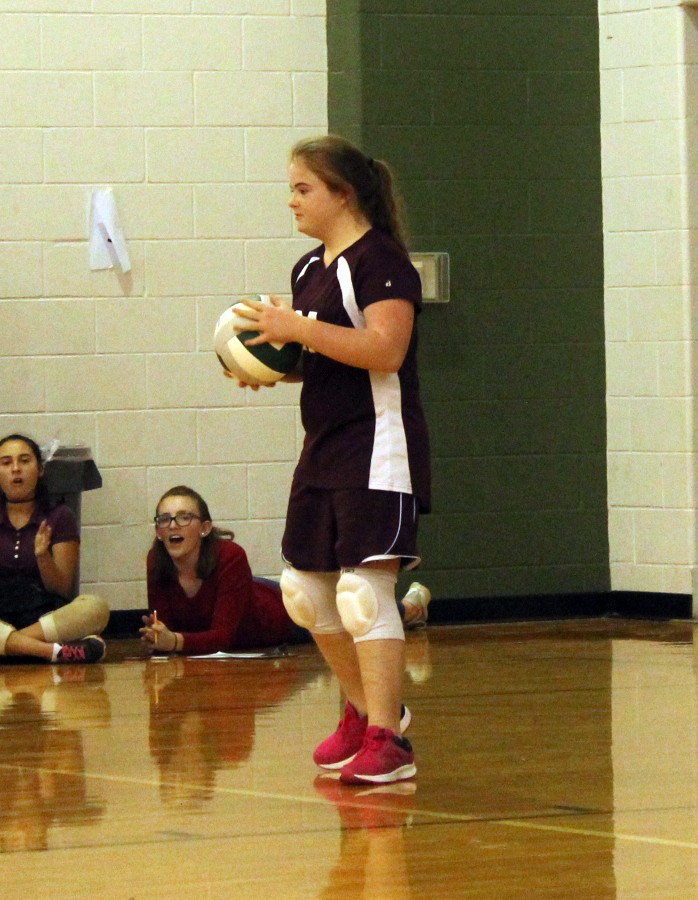 Gold Fillys
Facing a running clock, the 7th grade Gold Fillys faced Pearsall and each team won a set. The Fillys played strong in the first set winning 21-12 and they were coming from behind when time ran out in the second set 15-16.
“Pearsall didn’t have much of an offensive game but we struggled against their serves and that is what hurt us in this game. We almost came back to win, but the running clock stopped us and we cannot do much about that. My girls fought hard right up to the end. Good job girls!” – Coach Shana Beaty
Iris Stricker, Angelina Solis and Bailey Ornelas all served 1 ace. Hilary Barnett had 2 hits and 1 kill. Ornelas had one assist. Barnett and Solis each received one offensive serve and Sadie Quesada and Makayla Rivera had 1 each. Maya Hernandez had one dig.
Maroon Fillys
It wasn’t a perfect game for the 7th grade Maroon Fillys when they faced Pearsall on Monday, October 22nd but it was still a win. “This game was probably the most “off” they have played all season. Even though the score doesn’t reflect how we played, our passes, our serves, our serve receives, our sets, our communication, etc… was lacking in more ways than one. Most teams have “off-games” and this… was ours. But we still pulled out a win. We are still undefeated in district and that keeps us going. I’m proud to be their coach. They remind me why I love kids so much,” said Coach Shana Beaty.
The Maroon Fillys won 25-19 and 25-4. Kate Featherly served 3 aces, Lisbeth De Los Santos 2, Kaylee Romano 2, Rylee Esquibel 2, Yancy Parson 2, and Brooklyn Miller 1. Mackayla had 5 kills, Esquibel 2, and Brooklyn Miller 1. Esquibel had 2 assists and Featherly had 1. Denise Contreras and Zoe Ortiz each had one dig.
By Dicy Chambers
Sports Writer