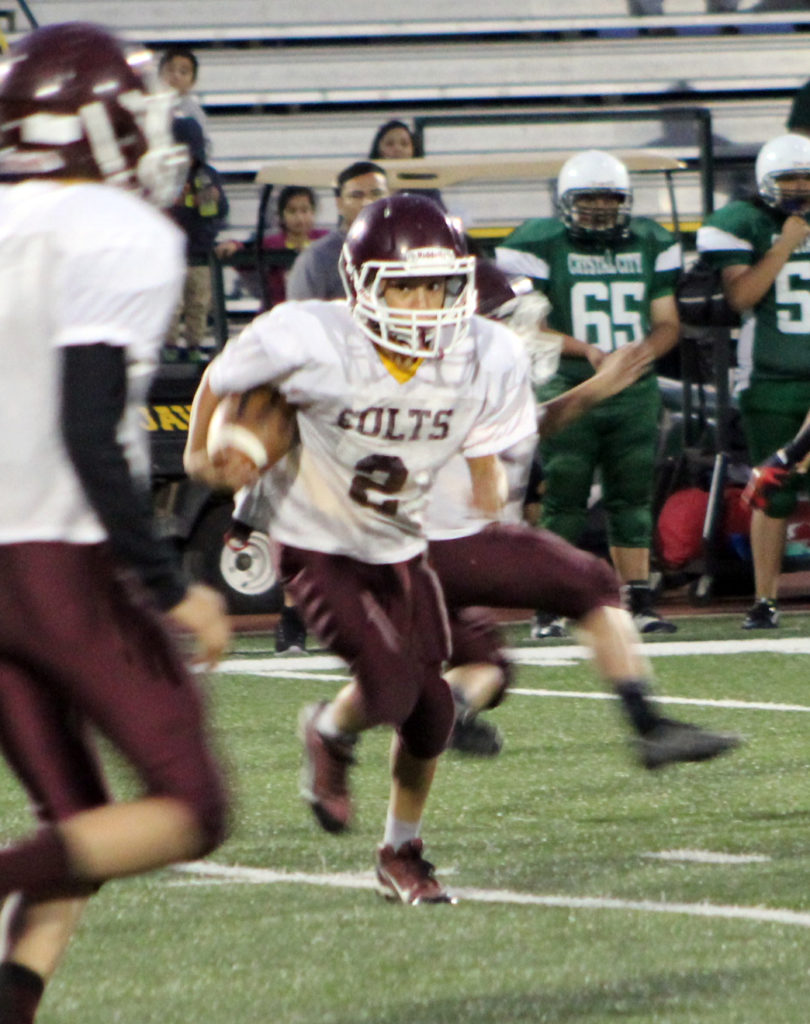 These boys became young men today. As they found a way to tough out a hard fought victory, and secure the district title with a 16-8 victory over Crystal City. Aiden Zapata, Blain Davis, and Nick Ortiz did a phenomenal job blocking on the O line. Marcus Rodriguez and Jaieden Burford carried the load offensively, and did a great job of finding the running lanes. No play was bigger than our goal line stand at the end of the 1st half stopping them on the one yard line as time expired.
There were two touchdowns made by Marcus Rodriguez and the 2 point conversions were made by Aaron .Saenz
“I couldn’t be more proud of these young men. Not because they finished the season undefeated, but because how much of a family atmosphere was created. They played for each other, and that is a special thing to witness and be a part of,” stated Coach Quenton Sanders.
The Colts finished their season 7-0-1.