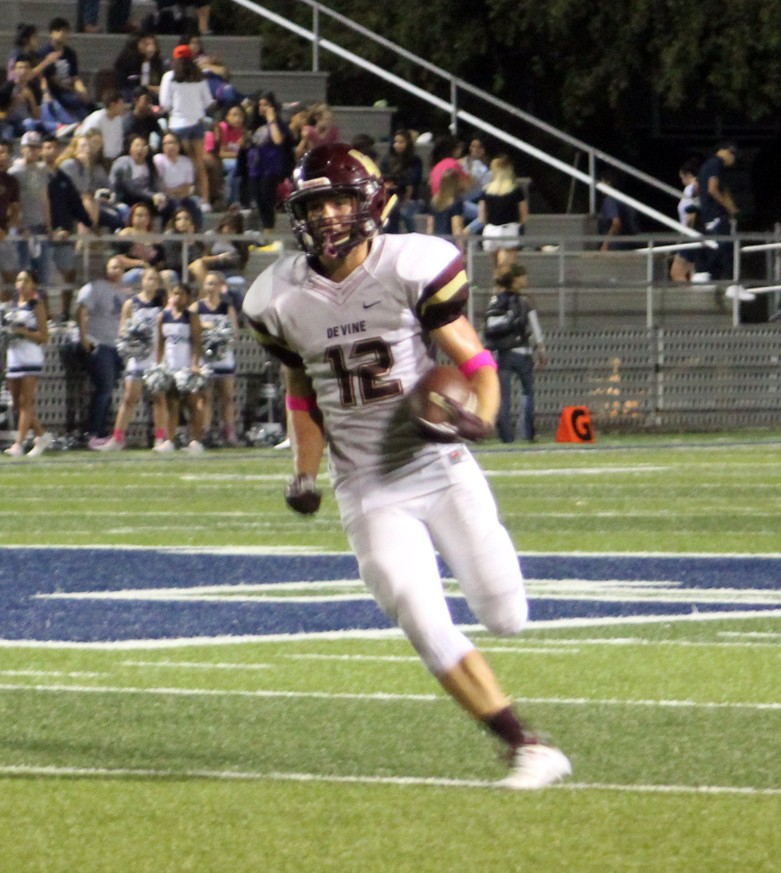 Senior Warhorse football player Quentin “Guido” Zapata was chosen to play in the 2019 San Antonio Sports All-Star Game in the Alamodome on Saturday, January 5th at 5:00pm. This is the 41st game in the All-Star Game’s history and will be played after the conclusion of the All-American Bowl that kicks off at noon.
Guido was selected for his all-around performance on the football field. He plays multiple positions including receiver, running back, defensive secondary, and returns punts and kickoffs. Rosters are based upon how participating schools performed over the past five seasons whereas in the past a division line using Highway 281 separated teams into West and East teams.
The only other player chosen from District 14-4A DII was Hondo kicker/punter Oswaldo Luna. Zapata will team with former classmate and Marion wide receiver Jackson Allen. Jackson is the son of former Warhorse head basketball coach Jon Allen and Shannon Allen.
By Jerel Beaty
Staff Writer