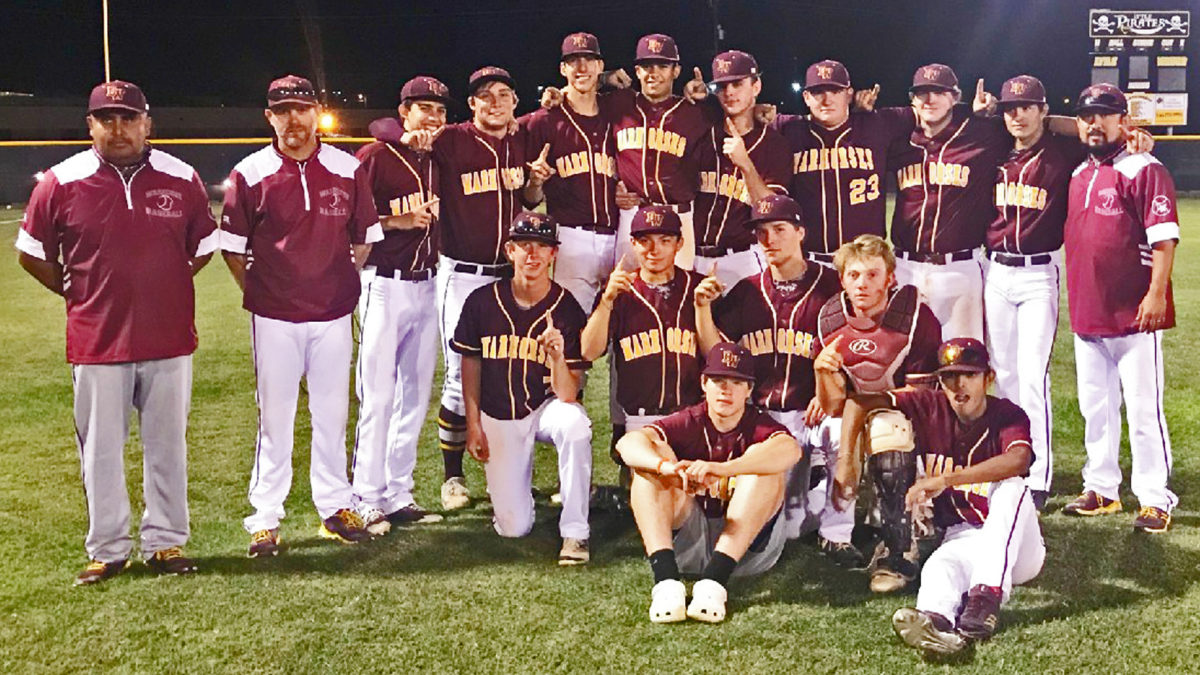 Finishing the season 7-1, the Warhorses win district and will play Somerset for Bi-District Wednesday, May 3rd in Devine. The playoff game starts at 6:00.
“I thought with the exception of the hiccup we had in Crystal City, our kids did what needed to get done to win a second straight district championship. Our pitching came on strong and out hitting and defense really stepped up,” said Coach George Villa.
In their final district game, the Warhorses beat Lytle 7-1 on April 24th. Taking the early lead in the first, as the first batter Kyler Brown hit a triple and then ran home off of Newt Crouch’s single. Crouch stole home in the last play of the top of the first when he stole home off a foul ball. Bottom of the third, Lytle scored one run and Devine responded with 3 runs when Lytle’s right fielder had an error off Brady Harrell’s pop fly and Truett Barron, Matt Ornelas and Chad Lawson were able to score. Bottom of the seventh, Connor Schmidt hit a line drive and Brown scored while Crouch moved to home. Barron is at bat and Crouch stole home on a ball. Devine ended the game 7-1.
Connor Schmidt pitched the game with 77 strikes in 109 pitches. Schmidt also had 1 single and 2 RBIs. Brown 1 triple, 1 single; Crouch 2 singles, 1 RBI; Ornelas 1 single; Jerrod Taylor 1 single; and Barron 1 single.
Headed into playoffs on a 6 district winning streak, the Warhorses have a tough road ahead of them but with the strength they play with every game it will be played with a lot of heart and team pride. “Anything can happen in the playoffs. I truly believe that we have a great opportunity to advance and make a run. If we continue to play the way we have been and continue to make every game about our team, we’ll give ourselves a good chance to win,” stated Coach Villa.
By Dicy Chambers
Sports Writer