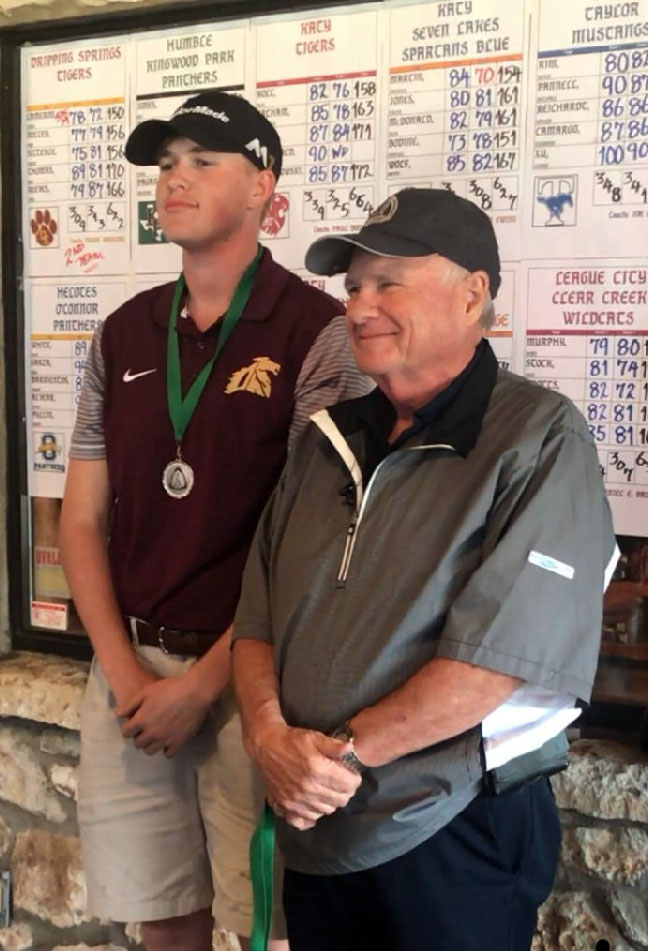 The Devine Warhorse golf team competed at Fair Oaks Golf Invitational in Boerne Monday, February 26. The team finished sixth shooting a team score of 349. Carson Tilley was the tournament’s top player shooting a 1 over par 73.
“It was a great tournament to win, it was especially nice to win by one stroke over a player who was not only playing on his own course but who has also committed to play golf for SMU,” stated Tilley.
Brice Champion shot an 82, Brandon Flues finished with a 93, Noah Tumbarello netted a 101, and Kyler Brown scored a 102 in his first tournament of the season.
The team next plays in Wimberley on Tuesday, March 6 at Quicksand Golf Club.
By Jerel Beaty
Staff Writer